Much of our mail in the last months has centered on ways of attracting and keeping listener and reader attention. While determining and responding to audience characteristics is the first step, the effective writer or speaker continues to manage meaning through analogy, phrasing, and style.

SPEAKING FROM A POINT

As always, we recommend that speakers present a message before detailing or supporting it. In most business and scientific communication, it is more effective to speak from a point rather than build toward one.

When the point appears first, an audience knows from the first what the speaker wants, recommends, or believes. Listeners can then test details and supporting information against that message during the presentation.

Some of our readers observed that their task as listeners is simplified when a point appears upfront. Such placement reveals both content and purpose, including the alignment of the speaker's purpose with that of audience members.

Several readers asked about the cliché "hog heaven." A few noted that the phrase often serves as a name for barbecue restaurants, and a couple said that they had never before heard the term. Their observations bring up three points.

The first is that familiar phrases or sayings are often adopted or adapted for other purposes—for the name of a product or business, television program or commercial, film, rock group, a corporate initiative. In such cases, the name serves as an allusion and carries some connotation or association with the phrase it references. Such use of a cliché can be clever and effective because of its novelty in repurposing a worn phrase.

The second is that many cultural sayings, clichés, or idioms may not be familiar to all people within a culture or to those outside of it. Listeners may or may not understand. Those who do understand a cliché are likely to ignore it; those who don't are likely to be confused. The best course of action, then, is to substitute an original expression for a cliché.

The third is that clichés go out of use, but after they've aged enough, they are sometimes recycled and can then create surprise for readers or listeners. When that happens, or when listeners intuitively understand the meaning, a cliché may actually turn out to be a phrase that helps create synchronicity.

For some readers, "hog heaven" did just that. While the phrase means being happy or satisfied or even blissful, its etymology is uncertain. The term may have originated from a place-name in Montana—the Hog Heaven Mining District—which was well-known for the copious amount of silver it produced. Most dictionaries agree that the phrase's first recorded use was in the USA around 1940-1944. And that's no hogwash.

Because we so often see and hear redundancies such as "daily basis," they can be easy to overlook as we compose. Try to take notice of them, though, and eliminate words that add nothing. Readers offered the following additions to the redundancies list:

We thank you for your thoughtful responses and for taking the time to share them with us and our audience.

Please contact us with any comments, questions or topics you'd like us to address in an upcoming Speak Previews®. 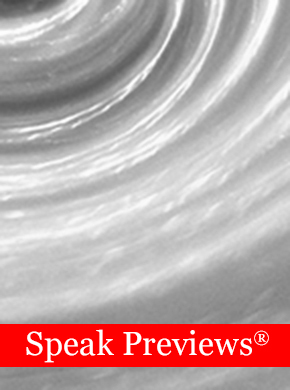