ECG Principal Steven Cohen discusses how to increase the effectiveness of scientific and other evidence-based presentations in this issue of Speak Previews®.

Scientific presenters face unique challenges that require special approaches in order to attain clarity and preserve scientific accuracy. At the same time, they confront other challenges in their attempt to make their presentations persuasive and compelling, especially to audiences with whom they may not share background or expertise.

These challenges can be met, however, when presenters recognize that a scientific or other evidence-based presentation differs from a scientific paper in three crucial ways: Structure, Data Display, and Data Delivery.

But effective data-driven presentations turn this structure on its head, dropping most of the history and discussion to focus on conclusions and the key findings that support them:

To make the structure persuasive and tailor it to the audience, the opening delivers the central idea of the presentation immediately in a way that connects to the particular concerns and interests of the audience. The body identifies the points of the argument that build toward audience acceptance. The closing includes a strong call to action linked to the specific benefits the audience will get from taking the action.

Expanded, the most effective structure takes this form:

Another important difference arises from the temporal and visual acuity limitations typical of projected slide presentations.

Readers can look at a figure in a paper at the precise distance from their eyes that best suits them. They can also control the amount of time they spend studying the figure. Both freedoms aid cognition.

But a projected slide requires a different visual acuity; distance reduces the level of detail discernible for most members of the audience. And the ability to perceive the details of the slide is further diminished by the relatively short period of time that the slide is visible to the audience.

So keep data displays clear and simple. Use colors, fonts, and formats that are easy to see and contrast well with other elements. Limit detail to what the audience can comprehend within the limits of time and visual acuity, even if doing so requires three slides to present the data that one figure could capture on paper.

Scientific thinkers generally respond to visual representations of data in a specific way. They typically assess supporting material and then develop a hypothesis that explains the data.

However, if they receive a hypothesis up front, just prior to viewing the data, they will keep the given hypothesis in mind as they determine whether the data support it.

As simple as this may sound, it represents a departure for most speakers who rely on their slides as cues.

Once a slide is in front of the audience, its members begin to draw their own conclusions from it. By the time the speaker gets around to making the point cued by the slide, the audience will have formed its own hypotheses, some of which may conflict with the speaker's. Such conflict can turn every data slide into a battleground.

The most compelling data-driven presentation won't rely on the data to speak for themselves. They can't. But the presenter can, clearly and persuasively, by employing structure, data display, and data delivery to move listeners toward understanding and agreement. 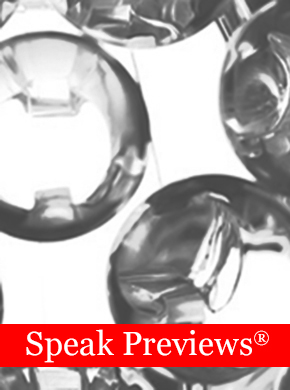