In both speech and writing are these rhetorical devices. They underscore, highlight, accentuate. They rivet attention and hasten comprehension and create rhythm. All of them have been used by speakers and writers as far back as time can tell.

You've seen them all, heard them all, used them all or avoided each. At times they mimic grammatical errors, but errors they are not. They are strategies of engagement and accuracy, rhetorical devices that broaden the ways and means of communication.

Scramble the expected order of words in a sentence to create an anastrophe. Such displacement may at first puzzle readers or listeners, but as they grasp the meaning they will grasp added emphasis on an idea or subject, phrase or sentence, scene or event.

To form an anastrophe, place the verb in front of the subject: "Completed the report before deadline has she." Or put the object before the verb: "Exciting, indeed, is the next step." Or position an adjective after the noun it modifies: "The coffee iced tasted better." Or place the preposition after its object: "That decision is the pale beyond."

Pile up the synonyms and you've used the rhetorical device known as synonymia. It can be used to explain a word or concept, to amplify or extend its meaning. It emphasizes through renaming: "I heard a shout, a scream, a chilling cry for help."

Omit conjunctions (for, and, nor, but, or, yet, so) to create asyndeton as did Caesar with "I came, I saw, I conquered." Asyndeton speeds the pace, sets a rhythm, decreases the distance between words so that each takes on more of the essence of the other.

A series of words, phrases, or clauses presented without conjunctions reads like a list that gathers force with each item. This asyndeton from John F. Kennedy's Inaugural Address does so: "…we shall pay any price, bear any burden, meet any hardship, support any friend, oppose any foe…"

"Neither snow nor rain nor heat nor gloom of night stays these couriers from the swift completion of their appointed rounds," reads the inscription above the columns of the James Farley Post Office in Midtown Manhattan. The repeated use of the conjunction “nor” in the inscription is a polysyndeton. It slows the speaker and adds rhythm. It emphasizes each subject, making each equal to the others.

ENALLAGE SUBSTITUTES ONE GRAMMATICAL FORM FOR ANOTHER

As a rhetorical device, enallage covers a lot of ground. Using the authorial "we" for "I," for instance, Albert Einstein said, "We are thus led also to a definition of 'time' in physics."

Enallage also allows a switch from active to passive voice. "The regulatory team conducted the review" is active and usually preferable. "The review was conducted by the regulatory team" is passive. If your intention is to distance the doer of an action from the action itself, enallage is the device of choice.

It places emphasis on the subject of a sentence. It directs attention—sometimes in the most ungrammatical of ways, making it also the term for grammatical mistakes that are rhetorically effective. "he sang his didn't he danced his did" wrote poet ee cummings, substituting one part of speech for another. "We was robbed!" yelled manager Joe Jacobs in 1932 when Max Schmeling lost a title fight on a decision.

Look for opportunities to use rhetorical devices during the second round of revision, the round that evaluates sentence effectiveness. Opportunities abound. Seize a few. 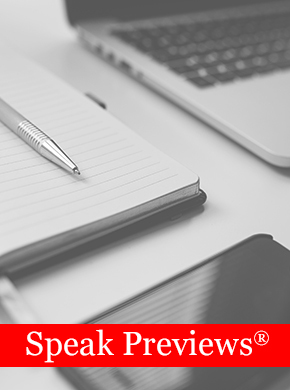