In their book Surfaces and Essences: Analogy as the Fuel and Fire of Thinking, coauthors Douglas Hofstadter and Emmanuel Sander argue that "analogies lie at the very center of human cognition" (Wall Street Journal, 5.4-5.13, C3). This is true, they suggest, for the youngest of humans to the oldest, for scientists as well as poets.

An analogy compares two different things by noting their similarities. Through everyday analogies, we integrate the unfamiliar, comparing something new to what we already know, pulling it into the realm of the familiar. Analogies often form the heart of scientific discoveries, social theories, political movements, and scores of other human activity that change behavior and thought. "It's the very blue that fills the whole sky of cognition—analogy is everything, or very nearly so, in my view," believes Hofstadter.

Everything or not, analogy is certainly something, a cognitive element that can help your audience understand messages in presentations and written documents.

First, a warning. Because different things by definition cannot be exactly alike, all analogies eventually break down. It's smart to acknowledge the limits of any analogy you construct; doing so increases your credibility and may forestall audience objections to it.

For example, a state governor who had undergone a gastric banding operation said that he did not transfer power to his lieutenant governor during the procedure because his surgery was analogous to taking an afternoon nap. He came under fire for his analogy. Many critics argued that a surgery requiring anesthesia cannot be compared to a nap and faulted the governor for the viewpoint his comparison expressed.

An analogy offers a perspective. It reveals a way of thinking about an idea or subject. When you construct one, examine it to determine how true it is, how far it goes, and how your audience may receive it.

INTEGRATE THE NEW INTO THE KNOWN

On your computer desktop are images of folders, a trash can, a piece of paper. These icons are analogies, as is your computer's "desktop" itself, each corresponding to a physical object with which office workers have long been familiar. When personal computers were introduced, the use of such representations provided an understanding based on previous knowledge.

When you have a new or unfamiliar idea or process to discuss, compare it to something the audience already knows—a canoe or doll, rainbow or vault, caterpillar or scarf. Brainstorm by asking yourself what the new thing is like. To what, for example, is pulmonary arterial hypertension or social media or foster parenting similar? As you list salient qualities or features of your subject, follow them toward something your audience is likely to know. Follow them toward an analogy.

Similarly, analogies can be useful when you explain something intricate or complicated, particularly technical or scientific topics. One professor writes that a cell is analogous to a factory and traces each similarity.

This type of analogy provides a context for audience members, instantly bringing to their minds concrete images, pegs on which to hang comprehension. Thus a comparison of a cell's nuclear pores to a factory's doors provides a general description of function and process that is easy to grasp.

Analogies may be general and inexact, but they offer a means through which an audience can better understand the complexities at the core of so many messages.

Use them to help your audience develop the perspective you need to communicate. 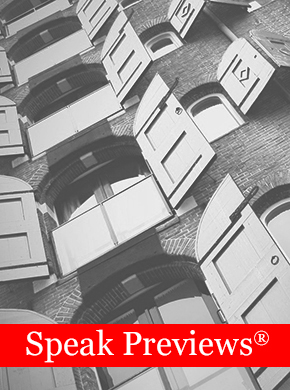