The brain, that convoluted master of mystery, is the control, the epicenter, the ultimate manager of the body's function and operation. Among those functions and operations are the acts of composing in writing or speaking and making sense of those compositions when read or heard.

Every instance of communication embeds complexities such as experience, context, motivation, purpose, memory, serendipity or happenstance. But each instance also involves identifiable actions in the brain, actions that you can exploit to affect your audiences, to persuade or influence them.

"The brain is wired for novelty," says Catherine Thompson, PhD, author and editor of the textbook Prevention Practice and Health Promotion. "In a paper or presentation, then, providing the audience with a unique, creative twist—an element of surprise—not only catches attention but engages the brain to make meaning instead of just interpreting words."

Original metaphors, analogies, and stories help establish such cognitive engagement. Clichés and other banalities have become so familiar to our brains that they are interpreted as words but nothing more. They may not even be heard. Trite or overused phrases, in other words, are as old as the hills and not likely to send listeners and readers to hog heaven. But when you create something new and unusual to which the audience can connect, the brain fires up.

One study looked at what happens in the brains of storytellers and listeners when a story is told. Of their results, the researchers explain that "Communication is a shared activity resulting in a transfer of information across brains … during successful communication, speakers' and listeners' brains exhibit joint, temporally coupled, response patterns. Moreover, more extensive speaker-listener neural couplings result in more successful communication."

Thus one measure of success in communication is the extent to which the listener's brain activity mirrors the storyteller's.

A narrative does offer novelty to secure the brain's attention. But even more crucially, the creative elements that stories contain supply a way for the brains of audience members to sync with that of the teller.

As you listen to or tell a story, the language processing areas of the brain zip into action. So do its association areas. When you hear or speak the words "We crossed the ice . . . and ascended the opposite rock" from Mary Shelley's Frankenstein, the motor cortex will activate. The phrases "a shrill and dreadful scream" or "blood trickling in my veins and tingling in the extremities of my limbs," will trigger the sensory areas. The memory-holding cells distributed throughout your brain can ignite at almost anything in Frankenstein, from the city of Geneva to the phrase "eternal twinkling of the stars."

When the same areas light up for both speaker and audience, the synchronicity that defines successful communication results.

Take advantage of synchronicity by consciously composing to achieve it.

Sync up. That's what's going on up there. 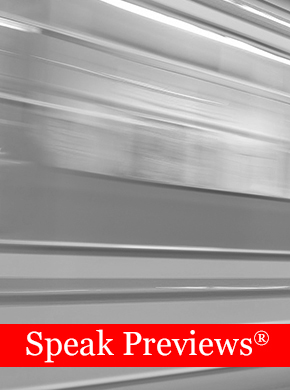