Twain's comment refers to diction, the vocabulary choices that a speaker or writer makes. Word choice affects the meaning and tone that an audience perceives in a document or a presentation. To be most effective, communicators select their words with care so that an audience is more likely to comprehend intended meanings.

Twain's example refers first to the denotative sense or dictionary definition of words. Every word has at least one denotation or literal meaning. "Lightning" names the electrostatic discharge that occurs when positive and negative charges become imbalanced in the atmosphere. "Lightning bug" denotes a winged beetle that is usually bioluminescent and is found in many areas of the world.

But both terms also carry connotations, those figurative or associative meanings that may be shared but sometimes are distinctly personal. A word can have countless connotations. Many of us associate lightning with power, danger, or beauty. We may have personal associations—a bright split in the New York City sky or the sudden vision of a puppy cowering under a porch as lightning flashes during a winter storm. And lightning bugs? We may associate them with gentleness or wonder, with catching them in jars on summer evenings, or with watching one light up on a fingertip just before flying away.

It really is a large matter, this difference between the almost right word and the right word. First, there is the need to choose words according to their precise denotative meanings. Second is the need to consider connotations. While the word "walk" is perfectly good, a different choice could be both more accurate and richer in connotative meaning. Walk or stride or shuffle? March or saunter or meander? Each word has not only a denotation that conjures a specific image but connotations that evoke distinctive responses in listeners.

But there is still another consideration—idiomatic use. Words often have idiomatic meanings quite different from their dictionary definitions.

The idiomatic sense of a word is sometimes a connotation and may differ according to regional or societal dialects. Idiomatic uses puzzle listeners who are not familiar with the dialect from which an idiom is drawn. The phrase "You're pulling my leg," for example, may be confusing or meaningless to some audiences, most of which will have their own idioms for the quality of surprise or disbelief that the expression is meant to convey.

In any language or dialect, understanding idioms is one of the most difficult proficiencies to master.

Take the word "ignorant," a word defined as "uninformed" or "uneducated." Its denotation has nothing to do with a lack of intelligence or reasoning ability, just with a lack of knowledge or awareness. Yet "ignorant" often carries the idiomatic meaning of "stupid," of being obtuse, of being decidedly unintelligent. Thus a speaker may want to think twice about referring to an "ignorant position" or "ignorant decision" because listeners may well interpret "ignorant" as "stupid." If that's not the intended interpretation, both speaker and listener have been misinformed.

In communication, it's never enough to choose words only for their denotation. That's the place to start. But the selection process must extend to connotative and idiomatic considerations; to do otherwise is, well, ignorant. Literally. 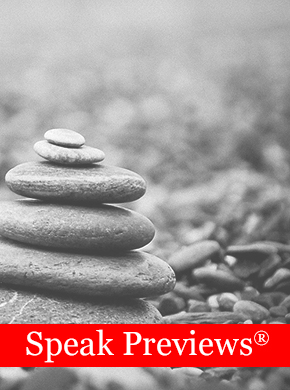