Our inbox has lately been filled with good ideas and examples. Here are some.

In response to our articles on meetings and how to increase their effectiveness, one of our readers sent a description of an initiative known in his company as ROME. This meeting invitation protocol requires the organizer to establish purpose, structure, preparation, and outcomes in advance. The acronym means:

Reason: Rationale for the meeting Outline: Agenda or schedule, how the organizer wants the meeting to flow Materials: Documents, ideas, and knowledge participants should have pre-meeting and at the meeting Expectations: Contributions, conclusions, decisions, deliverables

ROME can even be presented in bullet points.

When you're the organizer, do your best to provide a clear and action-oriented agenda. Putting thought and care into its creation provides a meeting structure that allows participants to do meaningful, collaborative work.

IN ANY OTHER LANGUAGE

Several readers remarked on the difficulty of using and understanding idioms, those forms of expression particular to a specific language, region, or dialect and whose parts do not produce the intended meaning. While a native English speaker will understand that You're pulling my leg refers to an unbelievable bit of news or a tease, he's likely to have more trouble with the Spanish version You're pulling my hair or the French You're playing with my feet and You're treating yourself to my head.

In French, a sad person may have the cockroach, not the blues. Every Tom, Dick, and Harry in the USA becomes Mr. Cat and Mr. Dog in China. In German, every cloud does not have a silver lining as each does in English; instead, after every rainfall comes sunshine. And that little cough that rumbles before one speaks? It's caused by a frog in English but a cat in French—in either language, the offending animal is lodged in the speaker's throat.

Most of us would not realize that a Russian speaker is telling us to sit down when she says, There is no truth in feet. Nor would we understand that an Italian one who invites another to speak outside of your teeth is urging complete honesty and openness. Problematical, too, might be an expression such as the Southern USA's That dog won't hunt.

Some idioms, though, are readily understandable so long as they're spoken in a language the listener understands. Even monkeys fall from trees, a Japanese speaker might say, and any listener who knows anything about monkeys is likely to understand.

We all speak in idioms. Make sure that listeners speak yours.

In response to our article on diction disorders, one of our readers sent in another delicious Groucho Marx malapropism: Women should be obscene and not heard. 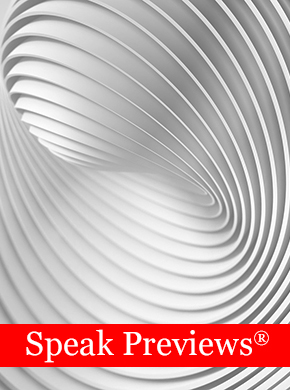