Decades ago, Sigmund Freud famously asked, "What does a woman want?" While the answers to his question have (thankfully) changed in the intervening years, the answers to our recent questions about what meeting participants want are likely to remain constant.

Although few of our survey participants said that meetings were a joy (Okay, none said that), many did describe good meetings—meetings that added value to their work and to the way they approached it. Their responses fall into two categories and, not surprisingly, both categories are in opposition to what you detailed for us previously as characteristics of unproductive meetings.

So what makes a meeting valuable?

EFFECTIVE PROCESSES THAT LEAD TO RESOLUTION

Our respondents agreed that the best outcome of a meeting is the resolution of issues, resolutions that stick. One emphasized that a benchmark of effective processes is achieving "clear outcomes not overturned following the meeting." Another noted that a concise "communication summary and follow-through/follow-up" are necessary "so we don't revisit the issue months later without any progress or resolution."

Respondents consider follow-through or follow-up a requirement that should include not only actions to be taken but timelines for completion. And, several suggested, there should be some consequence for not following through; each failure to do so ripples through an organization, interfering with subsequent progress and achievement.

Several respondents said that they value meetings as occasions during which they can talk to colleagues in person and work with them to solve problems in real time. Face-to-face discussions often spark new ideas or refine old ones in ways that seldom occur through email or written reports.

"Sometimes it's the magic of conversation, of personal interaction, that leads my colleagues and me to think in new ways, to come up with novel suggestions or plans," one respondent commented.

Another rated "exchanging views with my colleagues and getting to know new things" as a significant advantage of meetings. Or, another said, in the right kind of meeting, "I may learn something new that a colleague is working on or develop new ideas about a challenge I am facing." For many participants, meetings offer a welcomed opportunity to hear and weigh perspectives, define and revise options, narrow or enlarge possibilities. Such collaborative activity promotes both creativity and critical analysis, and both are necessary for decision-making, issue resolution, achievement.

Achievement, really, is what meeting participants want. "I'm most pleased when I leave a meeting feeling like we have made progress on something," one responder emphasized. Or, as another said, "Achieving something is paramount. Things should be different because of and after the meeting." Almost akin to joy, isn't it? 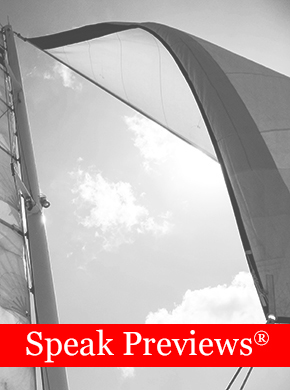