In our last Speak Previews®, we asked you just that.

Given that many employees report spending at least 20% of their work-month in meetings, and some much more, it seems reasonable to expect that meeting time would be well-spent and productive.

But that's not the story you told us. Your response suggests pervasive workplace dissatisfaction, bad colleague behavior, and a lack of timeliness at your meetings. In fact, many of you went so far as to say the best part of a meeting is, well, the end. Ouch.

While a third of our respondents reported being troubled by meetings that do not adhere to scheduled start and end times, nearly half mentioned other agenda issues that create frustration and decrease effectiveness.

Having no agenda is of major concern, as is attempting to work from an unclear agenda. In both instances, attendees felt ill-prepared to contribute. When a defined agenda is provided prior to a meeting, one respondent said, he can begin to think about the topics and issues it contains.

"That's important," he noted. "I may need to read and prepare material in advance. But even if I don't, I need time to turn things over in my mind, to begin to sort and consider."

An agenda should include the desired outcome of each item as well as necessary follow-up or next steps, several respondents suggested. Instead of listing something like "Discuss possible dates for kickoff meeting" as an agenda item, state the desired outcome: "Select two possible dates for kickoff meeting." But also include definite points of follow-up: who needs to be consulted about the dates, who is responsible for making contact, what information must be obtained, dates by which the information must be obtained and method by which it will be shared. If each point requires time to discuss and decide, include each in the agenda.

"Items need that separation in the agenda," a respondent wrote. "Without it, the meeting is just a blob. You can't follow up on a blob, now, can you?"

No, you really can't.

Equally troubling to survey respondents was the behavior of some fellow attendees. Many objected to colleagues' multitasking and equated that behavior with sheer inattention. "If you're not going to contribute," one respondent wrote, "don't attend. Multitasking is distracting, and it's really distracting when somebody pops in and out with their attention. Things have to be re-explained, discussed again. Big time-waster for everyone."

She also joined about half of our respondents in mentioning the problem of participants who make excessive or irrelevant comments or tend to dominate meetings. Having a strong leader or facilitator can keep such behavior in check, respondents wrote. Others agreed, but several also suggested that controlling such behavior is the individual's responsibility. If you're tempted to begin by saying, "this may be off the point," why even comment? Self-monitor by noticing how much you are talking relative to others. Adjust.

One of our respondents insisted that what troubled him most about meetings was "irrelevant participants." His comment brings two points swiftly home: those who attend a meeting should be the ones who need to be there in order for the defined work to get done, and all should ensure that their contributions are relevant to that work.

Otherwise, what's a meeting for? 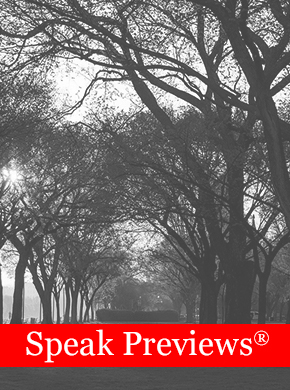