The presenter looks out into the audience, focusing on one audience member after another. But occasionally or even often, this speaker's attempts to connect are thwarted because a listener's attention is elsewhere engaged, eyes downcast, thumbs punching the keys of a Blackberry or iPhone. To the presenter, such behavior is rude or disruptive. To the listeners sitting nearby, it's distracting. To the person using the device, it's multitasking.

Really? Can we listen to somebody speak, evaluate evidence, analyze messages, and gauge credibility while composing an action plan, responding to email, or Googling traffic delays?

Like a computer's processor, the human brain can focus on only one thing at a time.

The brain can do so serially, sometimes very quickly. But it cannot simultaneously concentrate on two things unless each engages a different part of the brain. Thus you can fish around your desk to find the tops to your pens while talking on the phone. But if you are trying to draft a report and talk on the phone at the same time, your brain is hopping between tasks, switching its focus and the context in which it is operating. You'll perform less well on both tasks.

That's the nature of multitasking. It withdraws attention from one undertaking and shifts it to another. It's not simultaneous but serial, and in a public situation such as a presentation or meeting, it's not a good practice. It will create gaps in your understanding of the messages presented.

It's also simply disruptive. Even in silent mode, the lighted screen, the slight whisper of a keypress, the movement of your hands draw attention from those near you. By attracting their attention, you interfere with their ability to comprehend the content and context of the presentation. In essence, you force them to multitask, to switch focus from the speaker to you. It's really not much different than carrying on a conversation during a presentation; it creates the same effects.

For the speaker, your multitasking presents special problems. In some venues - music and theater offerings, especially - audience use of electronic devices has stopped the show while the performer asks that people put the devices away, stop texting, browsing, and Twittering. Some presenters say that they've often wanted to make the same request. Across the rows of chairs in a meeting room or around a conference table, the key-pushing posture is visible and distracting. And because the listener's eyes are downward, absorbed in scrolling or messaging, the presenter cannot initiate or maintain the eye focus that is essential to effective communication.

If such inattention irritates you, you're not alone.

In a public forum, what the multitasker communicates is that what the speaker is saying, and perhaps the meeting itself, is less important than what's on the smartphone. Unless that is the message you want to send to everyone within view, put the electronic device away during meetings and presentations.

Put it away. Focus. Attend. 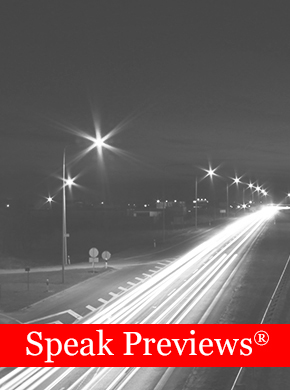