As a kid, my favorite type of TV program was the variety show. And the king of the hill in my youth was Ed Sullivan. You got to see the Beatles and Rolling Stones, you saw actors, puppets, comics, and circus acts. But as my youth receded, my favorite became Norm Crosby, a stand-up comic in the 1960's who was a master of malapropism—the confusing of similar-sounding words or phrases, often with amusing effect. Crosby was so good that at the end of his act he often received standing ovulations.

The malapropism is named after a character in Richard Sheridan's 1775 comedy The Rivals, Mrs. Malaprop. He named her after the French term mal à propos, which means "inappropriate." And inappropriate she was, at least in her use of words. "He is the very pineapple of politeness," she says of one character—although she meant "pinnacle."

Malapropisms are funny. That's why Norm Crosby deliberately used them. "President Johnson declared war on puberty," Crosby said, as well as "singers sing from their diagrams" and "women need tenderness and affliction." This technique is still an important part of comedy: "Well, I try to look at the bright side," says Steve Carell as Barry in Dinner for Schmucks (2010). "I guess you could say I'm an internal optometrist." They can also be endearing, as Yogi Berra proved time and again with such remarks as, "He hits from both sides of the plate. He's amphibious."

EITHER FEAST OR FATHOM

The speaker who inadvertently uses a malapropism, though, isn't always as amused as the audience may be. Yet many of these mangled expressions regularly inflect business speech. Below are some the ECG team has heard as well as a few that are simply too funny to emit:

"EVEN NAPOLEON HAD HIS WATERGATE" (YOGI BERRA)

Not all mistakes in diction are malapropisms. Some stem from the literal interpretation of an idiomatic expression. The phrase "a near miss" means not that something almost hit something but that an event that could hurt or harm was luckily avoided.

Other mistakes occur through mishearing or repeated exposure to a mishearing; they are not interpreted literally enough and so persist. "I could care less," someone may say when they mean "I couldn't care less." Or, "I really miss not seeing you" instead of "I really miss seeing you." And do you enjoy "a hot cup of coffee" or "a cup of hot coffee"? The word "irregardless" is nonstandard English for "regardless" or "irrespective" and yet is used frequently if not regularly by many speakers.

While malapropisms may pop up occasionally, guard against them unless you are trying to add humor or be funny. And diction errors? Start by clearing your speech of the ones mentioned above and then become more observant of what you hear. Check definitions in a dictionary. Or contact me if you want to conversate. Or commentate. Or observate.

You reprehend my meaning, right? 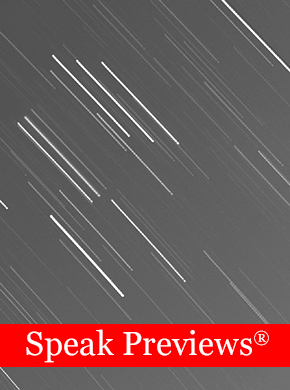