Happy April Fool's Day! On this day in cultures around the world, people pull pranks and practical jokes on others, a form of silliness and merry-making whose historical roots go back centuries. From hoax news stories and announcements to spoof discoveries and warnings, the day's traditions have not only endured in the digital age but now have the potential to go viral.

Some of these hoaxes are clearly capable of making us laugh.,

In 1980, a BBC report explained that Big Ben was replacing its face with a digital readout. Guinness announced in 1998 that through a sponsorship deal, Greenwich Mean Time would be renamed Guinness Mean Time. A National Public Radio program announced in 2004 that the postal service was issuing "portable zip codes."

Some hoaxes, however, fall flat or actually cause damage. Not so amused were the hundreds of golfers who responded to a magazine announcement in 1990 that Augusta National was offering limited public access to its normally private golf facility. Truly damaged were friends and family who journeyed in 2000 to a Romanian prison after reading in a newspaper that inmates were being released.

It's certain that many people will take as truth some of the hoaxes that today are appearing in newspapers, bouncing over the airwaves, and shooting through cyberspace. Some of these stories will have a very long half-life, and even after retractions or apologies may retain the veil of truth under which they first appeared.

April Fool's Day offers two important lessons for you as an effective communicator. First, your credibility comes from your own history of making sure that you have accurate, up-to-date facts from the best possible source. It depends on your ability to provide context and rationale. And, while you must shape your message to the needs and characteristics of your audience, shaping does not include distortion or misrepresentation (deliberate pranks aside).

The other lesson focuses on how you use humor. As the April Fool's hoaxes illustrate, different people respond to events – and to words and stories – differently. Those who read about the golfers or the renaming of Greenwich Mean Time were amused. But many who took action based on those reports were not. The risk you take when you use humor is that some people won't get it and some who get it just won't think it's funny.

How do you manage that risk?

Don't make it obvious that you're trying to be funny. Don't announce that you're telling a hilarious story. Don't tell jokes. Instead, tell a story that you can relate to – and one you find funny – but that also relates to your topic and purpose. Those who are amused will laugh, but those who aren't amused will still have the opportunity to connect because the story relates to your message.

Remember, too, that humor must fit your audience. In strategic communication, gentle humor may become an intrinsic part of your message and delivery. It occurs through your tone and demeanor as well as through anecdotes and stories that support your message.

Among the many elements of communication, credibility is one of the most central and humor one of the most delicate. Both can be used effectively to establish common ground, to acknowledge shared concerns or backgrounds, and to establish the persona through which you connect to your audience. 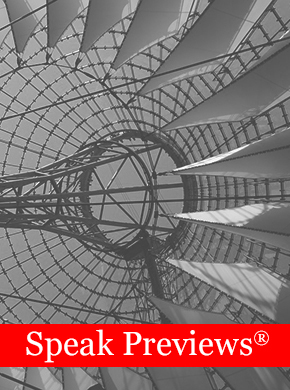