For listeners, the purpose of a Q&A session is to seek clarity on issues raised during a presentation, issues which to them may be obstacles to accepting your messages. As the speaker, your central objective is to provide that clarity, to remove doubt and uncertainty, to dismantle obstacles so that the audience will indeed accept and act upon your messages. To achieve that goal, it's essential that you control the Q&A.

Even though the Q&A is interactive, you need to manage its flow and direct its purpose. Your success in maintaining this control depends in large part on actions you take as the session progresses.

First of all, think of responding to questions as a part of your presentation. Open the session strongly—not with a mild "Any questions?" but with a definitive "Now I'd like to hear the questions you have for me." As a question is asked, hold eye focus with the questioner. Listen closely. Don't interrupt. Maintain a neutral stance; keep your facial expressions open and interested. Refrain from nodding. Just listen.

It might be tempting to open your response with a comment such as "Good question!" if the query is indeed insightful or evocative. But resist that temptation; such a comment may suggest that the questioner has found a weakness in your presentation, one that you had not noticed or were perhaps attempting to slide over. Such a comment might also encourage subsequent questioners to "top" an inquiry. Instead, begin your response by incorporating a couple of key words from the question and moving toward the response you have prepared in anticipation.

Manage the flow so that each questioner receives a response and no exchange turns into a back-and-forth. The surest way to lose control of a session is to allow it to become a debate. To lessen that possibility, hold eye focus with the questioner for the first few phrases of your response but then shift your focus to others in the room. End your answer with your eyes focused on someone other than the questioner so that you do not invite another inquiry from the same person.

As much as possible, use phrases that help listeners know that you respect their concerns. Tell a questioner that your proposal has indeed considered possible environmental effects, for example, and then provide evidence of your deliberation and its outcome. Tell a questioner that, while you were at first puzzled by a piece of outlying data, you have accounted for its appearance and resolved any issues it may have suggested. Showing such respect strengthens your control, for it lessens the tension that might sometimes lead to a clash.

At the end of each response, emphasize your message again instead of asking, for example, "Did that answer your question?" Seeking approval introduces doubt into your response, invites debate, and cedes control to the questioner. Instead, wait a moment after responding and then take a question from someone else.

As the session comes to an end, it's a good idea to repeat your presentation's closing remarks, particularly if you've been responding to questions for a while. Doing so allows you to emphasize your call to action, maintaining control of both your message and the Q&A.

Read more about reducing the risk of message rejection during Q&A here. 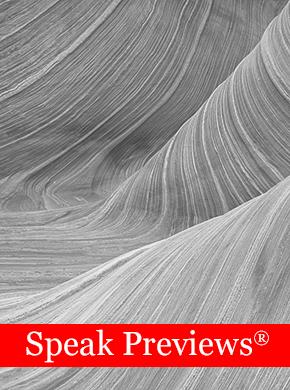