You've seen a cornucopia, that curved horn of plenty from which melons and apples, grapes and lettuces, squashes and tomatoes spill, tumble, and entice?

If you substitute those luscious foodstuffs with sentences and clauses, with synonyms and antonyms, with language used in all its glorious diversity, you'll have assembled copia, the subject of a rhetoric textbook published in 1512 by Desiderius Erasmus.

His Copia: Foundations of the Abundant Style is a book of plenty, of heaps and masses of ways to vary speech, writing, and argumentative structures to achieve one's purpose.

Erasmus champions the concept that because words and their arrangement make meaning, writers and speakers should maintain a supply of options. The more ways they have of expressing an idea, the better able they are to communicate that idea in a way that meets the requirements of a particular audience, purpose, and message.

In one chapter of Copia, he offers almost 200 versions of the sentence, "Your letter delighted me very much." While some of those versions are more graceful than others, their variations in tone, style, diction, and sentence construction render each more suitable for certain audiences, purposes, and messages than for others. A copia rich in usages and alternatives prepares the writer or speaker to shape every communication into its most effective form.

Variety also offers novelty, about which Erasmus says, "And just as the eye is held more by a varying scene, in the same way the mind always eagerly examines whatever it sees as new." To provide such newness, add figures of speech and other rhetorical devices to your own copia. Learn and practice them until they are so established in your repertoire that they bubble up almost unbidden to the surface of your expression.

And, no small matter, a copia overflowing with possibilities of expression "will contribute greatly to skill in extemporaneous speaking or writing; it will assure that we will not frequently hesitate in bewilderment or keep shamefully silent. Nor will it be difficult, with so many formulas prepared in readiness to aptly divert a rashly begun speech in any desired direction." Drawing upon your copia can help you arrange and deliver impromptu remarks with increased strength, clarity, and confidence, but it can also help you recover if something goes wrong.

Widely used in Europe from the mid-1400s to the late-1800s, commonplace books were a means though which not only authors and orators but merchants, physicians, and readers of all kinds collected words and sentences, ideas and arguments, metaphors and other tropes. It was a type of personal reference book, one that helped its keeper not only remember items of interest but use them as springboards to further thought and expression. They are still used today, often in the form of blogs or electronic notes and journals. Start one. Use it.

As an exercise in creating variety, Erasmus recommends paraphrasing or rewriting collected sentences. Although you might want to avoid his infamous example, "Your letter delighted me very much," there is certainly no shortage of sentences you could rewrite. Select them from academic papers, business journals, novels, newspapers. Write several versions, noticing how each differs in strength, emphasis, clarity, tone; begin using those you find most effective.

Abundance. Build it. Use it. Add to it. Call it a communicopia, a sharing of the profuse wealth that is language, kept fresh through attention and use. 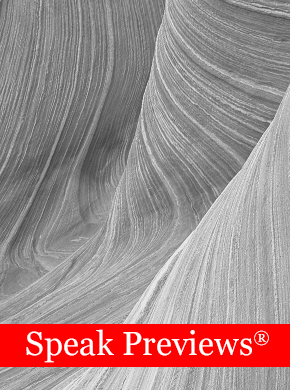