In ancient days, Roman sculptors sometimes sought to conceal surface cracks in a statue with the aid of melted beeswax. A buyer, deceived into believing that he was purchasing a flawless piece of marble, would place such a statue proudly in his atrium. A few weeks later the beeswax would dry out, crumble away, and leave the original cracks exposed. This trickery became so prevalent, reputable sculptors began to guarantee their works as sine cera — which means, in Latin, without wax.

Our present word sincere we owe to a rebellion against wax — against deception, obfuscation, and fraud.

Beware of the Use of Word Wax

You are not in the business of carving statues out of marble. But you do something similar. You carve communication out of words. Beeswax tricked the ancient Romans. But word wax never tricked anybody. It is instantly recognized and thoroughly despised by all listeners. Word wax my be defined as any phrase, any group of words, which is not an integral part of the thought you seek to express.

Superlatives are wax.
“This is absolutely and positively essential!” Eliminate the word wax and what remains is not less, but more forceful. “This is essential!”

“This is true beyond any possible shadow of a doubt!” If you wish to strengthen the simple assertion. “This is true!”, do so by pouring concrete examples to support it, not wax to fill the cracks.

Trite expression are wax.
“As you can see,” “if you will,” “in conclusion,” “it is indeed an honor and a privilege,” “I would like to take a few minutes,” “Each and every one,” “throughout the length and breadth of the land,” “next slide please,” and assorted other inert phrases are deadly to communication.

When any of these stale phrases assail the ears of listeners, a thumbs-down reaction is instant. Word wax.

Your failure to express your idea clearly the first time is not helped by word wax. Try a concrete example instead.

Repetitious expressions are wax.
“As I said before,” “and so I again repeat,” “let me reiterate here...” If you wish to gain the emphasis which comes from restatement — as you do in the opening and close of a conference comment — go ahead and restate. But omit the waxy “as I said before.”

“And so forth” expressions are wax.
“America has produced such inventors as Fulton, Edison, the Wright brothers — and so forth and so on.” “Our marketing recommendations are now based on research, data, statistical analysis, etc., etc."”

When you list items in series, stop cleanly with your last item. “And so forth” expressions usually get interpreted as wax calculated to make others believe you know more than you do. Such expressions have the same value as the obnoxious phrase, “I could go on this way for hours.”

Naturally “it seems” to you, or you wouldn't be saying it. “More or less...to a greater or less degree...or something like that...” Punch-pulling phrases fuzz the crispness of a thought.

They are just as obnoxious as the superlatives at the opposite extreme.

Avoid word wax.
She who cleans her speech of waxy substance creates a lasting impression of intelligence, directness, and professionalism. Be sincere. Carve your communications without wax: you may rate a marble statue in the end. 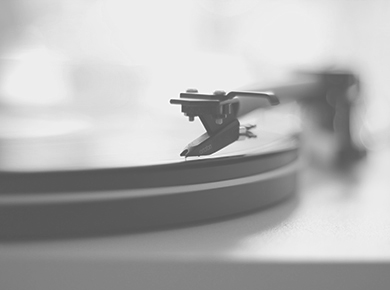