Gardner has been credited with profoundly influencing the way people think about thinking and intelligence. His work also includes landmark studies on the subject of leadership.

Leaders, he notes, are those who “significantly affect the thoughts, feelings, and/or behavior” of large groups. And the key to leadership, he adds, as well as getting others to follow, “is the effective communication of a story.”

Have a Central Story

In addition, Gardner says, “stories must in some way help audience members to think through who they are.” And stories must do more than provide background. “They should help an audience frame future options.”

Fit the Story to the Audience

“It is the leader,” Gardner notes, “who succeeds in conveying a new version of a given group's story who is likely to be effective. Effectiveness here involves fit — the story needs to make sense to audience members at this particular moment in terms of where they have been and where they would like to go.”

Presenting Data is Not Enough

Is there a place for stories in today's corporate world? Clearly, presenting data alone is not enough — and too often detracts from the objective. Gardner quotes no less an authority than IBM CEO Louis V. Gerstner: “You've got to appeal to people's emotions. They've got to buy in with their hearts and beliefs, not just their minds.”

In a recent interview with PS, Gardner expanded on his views.

PS: You've examined carefully the origins and characteristics of leadership. To what extent can leadership skills be developed through training?

Gardner: Without question, you can improve your communicative and analytic skills. In other words, part of leadership is skill, and that can be taught, coached, enhanced. But part of leadership is character, and that is more difficult to teach. Remember, leaders are individuals who can tell stories that are convincing and who embody the themes of those stories in their own lives and their own actions. Leaders are also sensitive to the stories that their audiences already believe. They have an uncanny sense of how to engage and, when necessary, challenge those already entrenched narratives.

PS: Among today's business leaders, whom would you single out as the most extraordinary?

Gardner: Sir John Browne, for what he's accomplished with British Petroleum in the last five years. His view of the world oil situation led him to a strategy of expanding the company beyond petroleum. Any short list would also include Jack Welch of GE, John Chambers of Cisco, and Lou Gerstner of IBM. And some day we'll see a whole shelf of books about Bill Gates. We just don't know what the latter chapters will contain.

PS: About the stories ... are there common characteristics of a strong story?

Gardner: First, a story must have a goal that is stated and recognizable. There will invariably be obstacles. These must also be recognizable. There must be various approaches for dealing with these obstacles. You need to plot your course and measure how you're doing regarding both the goal and the obstacle. This should not be simply an intellectual exercise. People have to be brought into the story viscerally and feel that this is their story, a story they want to be part of.

PS: Among current public figures, whom would you select as the most extraordinary?

Gardner: The most impressive public figure in the world today, without question, is Nelson Mandela. He withstood personal hardship and overrode partisanship as he assumed the leadership of South Africa. He asked his own jailer to sit in the first row during his inauguration. He presided over an amazingly peaceful transition to majority rule. He continues to speak out on issues of concern, always in a constructive and inclusive manner. He also embodies human qualities that are so apparent that when he walks into a room, people will rise and feel a bit better about our species.

PS: Are you planning a sequel to Leading Minds?

Gardner: I'm at work on a book entitled The Mind of Business. I expect it to be published next year. In that book, I take some key ideas I've developed as a psychologist and apply them to puzzles in business. There are chapters on leadership, creativity, training, “smart agents” of the future, and more. 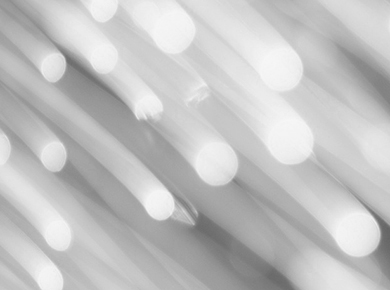