"It was a dark and stormy night; the rain fell in torrents—except at occasional intervals, when it was checked by a violent gust of wind which swept up the streets (for it is in London that our scene lies), rattling along the housetops, and fiercely agitating the scanty flame of the lamps that struggled against the darkness,” reads the opening of Sir Edward George Earle Bulwer-Lytton’s 1830 novel, Paul Clifford. Those lines have become notorious for the way they call attention to themselves through their flowery, florid, overdone style—one known as “purple prose.”

Its opposite is “beige prose,” a type characterized by a direct style—plain diction, simple sentences, only the briefest of descriptions, and little or no figurative language. Ernest Hemingway exemplifies this style, as in the beginning of “The Big Two-Hearted River” (1925): “The train went on up the track out of sight, around one of the hills of burnt timber. Nick sat down on the bundle of canvas and bedding the baggage man had pitched out of the door of the baggage car. There was no town, nothing but the rails and the burned-over country.”

Purple prose marks one extreme, beige prose the other.

No, not ever, not unless your purpose is to create humor and evoke laughter. Purple prose distracts audiences, especially when it’s lengthy. Messages drown in the sea of words the style demands. Audiences lose interest. Attention drops.

Here’s a purple passage: “Despite a lengthy and extremely fruitful relationship with J&H IT, we have, after much soul-searching and many presentations from equally or better qualified vendors, decided to engage A&M IT in the new year to fulfill our future IT needs in all departments and across all levels of the organization.”

Such a sentence could do with a beige wash: “In 2022, A&M IT will become our IT provider.”

Beige prose seldom engages and holds an audience unless that audience is already enamored of the topic and thirsts for more. It induces little or no emotion. In addition, its simple sentence structures, lack of figurative language, and meager descriptions often reduce an audience’s understanding.

For most business purposes, a style that incorporates some imagery, figures of speech, and rhetorical devices allows you to communicate most clearly with most audiences. Not all sentences must be simple ones—some ideas need the nuance provided by compound and complex ones. And diction? Although most words have synonyms, the meaning of each usually differs from that of the others. Choose the right word, the one whose denotations and connotations best express the meaning you want your audience to make.

Do veer into figurative language at times, especially to help the reader or listener picture something more strongly and in a particular way. Descriptions that engage the senses give audiences concrete images of what you deem essential to your message. Those images help them understand it.

Metaphors, similes, and analogies all compare something new or unknown to something familiar. Within the context of the familiar, audiences can more easily and fully comprehend ideas new to them. It can also clarify concepts that they had never before quite understood. Recently, for example, a speaker was explaining isomers, molecules that have the same number of atoms of each element as another molecule but whose atoms are arranged differently. In particular, the speaker was discussing a stereoisomer, a type in which one is a reflected duplication of the other. Seeing a look of confusion on a listener’s face, he offered a simile: “It’s like a spider standing on a mirror.” The comparison was not perfect—no simile ever is—but it was one that helped the listener understand.

Between purple and beige breathe all other prose styles, a nameless infinity of them. Yours is your own—make it one of the best by giving it the color of clarity. 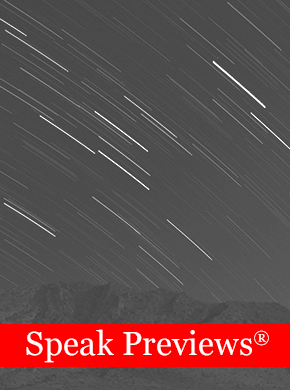