Furniture includes dozens of styles. So do fashion and architecture and song and dance. These and other categories contain many styles, each distinct in some crucial way from others. Culinary styles, for instance, may differ by their region of origination, by the techniques(s) through which they are prepared, by ingredients. Thus barbecue may be in the Texas or Louisiana style—or in any of several others.

Which is best? It’s a matter of preference, one based on taste, purpose, and/or capability. Thus while your taste might run to Louis XIV antique consoles, you probably wouldn’t select one for the purpose of furnishing a toddler’s playroom.

STYLE IS THE HOW

In presenting and writing, style is a thing apart from meaning or content; it’s how something is said or written rather than what. It influences meaning, though, just as it influences an audience’s perception of you, your perspective, and your messages.

Your style sets you apart from other speakers and writers. The way you manage its elements creates the distinctive voice that an audience hears. While we hope that it reflects your Best Natural Style®, at times it may need review and refinement. It may need alteration from presentation to presentation depending on audience, context, and message. The same is true of writing. Even though your preferred style is rooted in taste, purpose, and capability, at times you must adjust it.

The way in which you arrange words to form a phrase, clause, or sentence—syntax—contributes to style. It includes rhetorical devices that depart from the usual rules to create specific effects, such as the enhanced rhythm resulting from certain kinds of repetition. And although all presentations or documents should contain a variety of sentence types to prevent monotony, each type may be particularly suited for emphasizing certain style characteristics.

Simple and compound sentences, for instance, generally support a straightforward style, one often used for uncomplicated material. Stretching more sentences into the realm of the complex structure may help you sustain a formal style; the complex sentence prioritizes information and relates some pieces to others, a frequent requirement of technical, professional, and business communications that demand formality.

Your use or non-use of figurative language marks your style, too. Figures of speech rely on non-literal meanings of words in order to create new understanding. Metaphors and similes, for example, compare two unlike objects, the metaphor by saying one thing is the other (He is my conscience) and the simile by saying one thing is like another (He is like my conscience). In both devices, the first thing acquires some characteristic(s) of the second, creating a new meaning.

Other figures? A hyperbole offers an exaggeration to emphasize a point. Personification endows an inanimate object or abstract idea with human qualities or abilities. A symbol is a word or phrase that represents something else.

These and other figures suit almost any style—the differences will be in the particulars, in the words you choose and in the comparisons you make.

Style is the way you use language. Analyze your style; characterize it. Then look for ways to strengthen and enhance it, to freshen and align it, starting with syntax and figurative language. Upgrading the way you handle these two elements can help your style outshine the sun (hyperbole), speak louder than words (personification), and become your rock (symbolism). 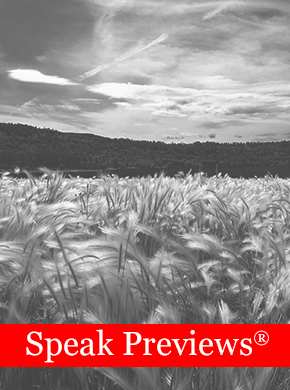