Who among us has not cringed to hear a colleague or manager say that a document we have written is repetitious? Who among us does not have a friend or colleague that uses the same motivating catchphrase in every meeting? Who among us is not aware that every sentence in this paragraph begins with the phrase, "who among us"?

Repetition is not always bad. As a rhetorical device, it adds power and clarity—not to mention rhythm—to writing and to speech. It's not window-dressing, not a frivolous add-on. Instead, it's a way of emphasizing a message, of focusing audience attention, of evoking emotion, of highlighting an idea or concept.

ANAPHORA: IN THE BEGINNING

You're probably familiar with this device, and not just from the first paragraph of this Speak Previews®. Repeating the first word or words in consecutive sentences or phrases is called anaphora. It's a device Martin Luther King used in "I Have a Dream," a speech whose power grows in part from the repetition of the phrases "one hundred years later," "go back," and "we can never be satisfied" as well as from the words which have become its title.

Epistrophe, the repetition of endings, can be created by repeating single words, phrases, clauses, or entire sentences.

EPANALEPSIS: BOOKENDS TO THE MIDDLE

"Nothing can be created out of nothing," Lucretius said, wielding the rhetorical device known as epanalepsis. Voltaire did the same with the sentence, "Common sense is not so common." So did Elizabeth Barrett Browning when she wrote, "The world of books is still the world."

In many cultures over the last several hundreds of years, the ritual response to the death of a monarch was the cry, "The king is dead; long live the king!" In even more cultures over more hundreds of years the instruction "Do unto others as you would have them do unto you" has established itself as a worthy aspiration.

An epanalepsis repeats at the end of a clause or sentence the words at its beginning. The result is often a short statement that sounds almost like an aphorism. It often sounds like a conclusion. It often sounds like a grabber. And, if you open and close with the same epanalepsis, you're employing a version of inclusio—the repetition at the end of a speech or text the words you used at the beginning.

As a communication strategy, repetition is not, not, not always bad. (epizeuxis) 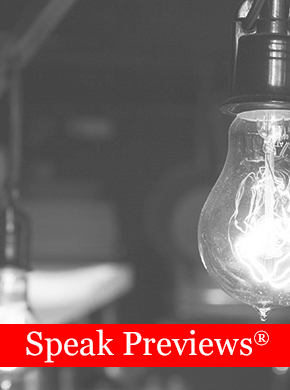