"A lifetime ago," one of our clients said, "I had a role in a school play. One of the things the drama teacher made us do was come up with a verb that defined the character we played. A verb! Not an adjective or a noun. But as it turned out, a verb worked best. It captured the character's actions and nature."

In writing and public speaking as well as in drama, verbs carry strength and nuance. While all verbs indicate action, some are livelier, more vivid, more exact than others. Such verbs infuse a document or speech with precision and variety, with reasons for the audience to engage.

Writers and speakers tend to rely heavily on the to be or state of being verbs: am, are, is, was, were, was, be, been, being. These verbs add little description or interest. They describe no action and can lead to a stagnant text, one whose lack of variety provides few opportunities for the emphasis and novelty that create meaning and engagement. Although you can't avoid them entirely, circumvent their use as much as possible.

Action verbs describe an act or activity; they denote something that a person, animal, object, or process of nature such as an earthquake or hurricane can do.

Some sentence structures lend themselves to action verbs. But others, such as those in the passive voice, don't. In them, the subject of the sentence does not do anything—it is done unto—and usually requires a to be verb. Common in much business, scientific, and academic prose, passive sentences veil or eliminate the doer or receiver of the sentence's action:

Unless you have a good reason to use the passive voice—the doer of the action is not known, for example, or you want to emphasize the receiver—recast passive sentences:

Stay alert, too, for sentences beginning with There is, There are, It is, etc. Such structures generally add needless words that delay meaning:

Revise such sentences so that the doer and the action appear in the subject and verb slots:

Select verbs that capture the subject's "actions and nature." They offer another path to precision, another path to effective and evocative communication. Add them to your copia, your stash of the best ways to express yourself. Then, put them to work. 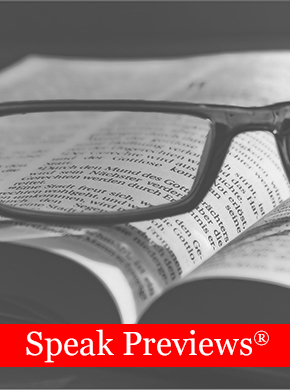