ECG Principal Lynne Howell Wiklander notes the differences between information and communication and how to make best use of each.

Riding to the train station in Newark, New Jersey, I started a conversation with my taxi driver about conversations. He sadly commented that his younger siblings didn't know how to converse, relying instead on various mobile-based applications. "It's all about communication!" he said emphatically. I had a flashback to a 1990's marketing communications campaign at a time when the most important use for a mobile phone was to speak with someone. The campaign tag line was, "It's about communication between people. The rest is technology." I never realized how prophetic that statement would be.

The etymology of the word "conversation" is from the Latin conversor, meaning to abide with, to keep company with. Yet the practice of conversation is being rapidly supplanted by voicemail, email, texting, tweeting, and similar technologies that lack the feature of "keeping company with" someone. When we keep company with or abide with someone, we are present, connected, absorbed. A conversation requires such efforts.

Each of these technologies is a valuable information tool whose ease of use has made it a convenient option. But too often people text each other between offices along the same corridor or rooms in the same house when speaking to each other would be more effective. Such practices are not likely to serve a communication strategy.

Texting, tweeting, and emailing often do not reach the level of communication. Instead, these technologies become information conduits, words that flow in a single direction. Communication, though, is simultaneously bi-directional. It's a true "conversation," oral or written, a videoconference, a phone call, a group of people talking in the hallway, an interactive presentation. Communication occurs when two or more people engage in and respond to messages sent and received within a recognized or shared emotional, intellectual, or goal-oriented point of reference.

Technology did not cause this change, though perhaps it facilitated it. Neither is it a generational or a cultural issue. It's a human issue, one that has to do with attitude and priorities, with the willingness to engage, with the need or desire to connect rather than to shoot information through a tunnel that may lead nowhere.

To become more effective, understand and practice the difference between information and communication. As author and syndicated columnist Sydney J. Harris (1917 - 1986) said, "The two words 'information' and 'communication' are often used interchangeably, but they signify quite different things. Information is giving out; communication is getting through."

Become an advocate for the appropriate use of information technologies—for "giving out." Announce a meeting. Send a report or agenda. Acknowledge an invitation or schedule change. But in all cases, be aware of the nuances of tone and purpose, both of which can be easily misinterpreted by recipients of an email or text.

But also become a vocal champion and practitioner of the utility, beauty, and power of communication. You will benefit from the credibility and change such an effort can produce. Turn to conversation when your message requires that you check for clarification and understanding, when its complexity or sensitivity suggests that the immediacy of person-to-person or voice-to-voice contact will help you shape meaning.

Turn to conversation, in other words, when you need to get through. 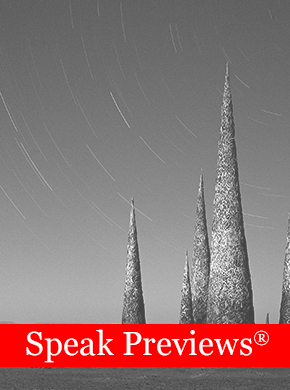