Business speak, corporate speak, buzzword, commercialese. Whatever its moniker, business jargon often results in sentences such as, "The alpha office peeled the onion to re-engineer the vision statement, but the team dynamics made it feel like nailing Jell-O to a tree."

Defined as "the language that a particular group uses," the word "jargon" sounds neutral, innocuous, even helpful, shorthand for the activities, aims, and concepts that persons within a group share. But other definitions express criticism, describing jargon as "unintelligible, meaningless, or incoherent talk or writing" and as "language characterized by uncommon or pretentious and convoluted syntax and vague or indistinct meaning."

Through diction—your choice of words—you set meaning and tone; through both, your audience takes in or fails to work out your messages. It pays, then, to select carefully, to find and choose words that best invoke what you want listeners to think, feel, and do. Such care provides you an advantage in achieving your rhetorical purpose; specific, relevant, precise words and phrases help ensure that you are communicating, that what your audience hears aligns with what you say.

At its best, business jargon is hackneyed and worn, the opposite of the original and imaginative language that keeps audience members engaged and making meaning. At its worst, business jargon undermines your ethos (credibility), the extent to which audiences find a speaker trustworthy and believable.

Listeners may not understand business jargon. The term "deep dive," for example, may make sense to some audience members but not to persons for whom American English is not a native language. Others may suspect what you mean but would comprehend more easily if you used "analyze," "examine," or "study" instead of "deep dive." Audience members grasp a message more easily when you express it in precise diction.

Audiences also may misunderstand jargon. One client confessed that she had long interpreted "push the envelope" to mean the act of sweeping an envelope off the edge of a table. For her, that meant getting rid of something, disposing of it, no longer considering it, not a reach beyond boundaries, an innovation, or the improved performance the phrase meant to suggest. Another said that he thought "drink the Kool-Aid" referred to the 1964 trip the Merry Pranksters took across America in a bus packed with LSD-laced beverages, not the 1978 mass murder/suicide of more than 900 Americans at the direction of a cult leader.

When you fail to make your meaning clear, you dilute your ethos. An audience expects coherence and uses it as one measure of credibility. Another measure is a demonstrated preference for the easiness of flinging jargon to the difficulty of expressing ideas in strong, clear language. Go for the difficulty.

While anything you say is subject to being taken as an indication of your character, mentality, or perspective, business jargon can be especially fraught with words and phrases that create a negative impression. Punch the puppy? One throat to choke? Open the kimono? Drink the Kool-Aid? Not very pleasant expressions, and some listeners will object to them less than will others. Some won’t object at all.

But what does using such harsh phrases suggest about you? Does it lead to the perceptions that you want to create, the ones that strengthen your credibility? Probably not.

Jargon is the "low hanging fruit" of diction. Pick higher. Reach for your own words, the ones your listeners want most to hear and the ones they will deem most credible. 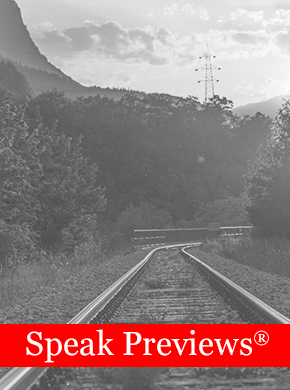