What happens, and what you want to happen, according to Princeton neuroscientist Uri Hasson, is something called "neural entrainment," the reproduction in the listener's brain of the patterns you create in your own brain when you speak. As the sound waves of your speech reach listeners, their brains should replicate your brain's patterns. In addition, for communication to be successful, a similar alignment has to take place in the "higher order" areas of the two brains.

Hasson's experiments show that the brain patterns detected in a listener's higher-order areas are similar to the brain patterns of the person speaking if real communication is occurring; they also are similar among audience members listening to the same speaker. The greater the alignment between listener and speaker brains, the more successful the communication will be.

Such an alignment occurs not through the individual words a speaker utters or the sounds he voices but through the meaning he makes. How exactly that happens remains cloudy, but we humans somehow possess a "neural protocol" or mechanism that transmits meaning made in one brain to the brains of others through replication of patterns. "We're suggesting that communication is a single act performed by two brains," Hasson explains.

How can you ensure that communication not only occurs but occurs clearly and well? Beyond speaking the same language and using gestures acceptable to and understood by audiences, Hasson notes that "our ability to communicate relies on our ability to have common ground." Common ground, of course, is that which speaker and audience share or, sometimes, just acknowledge.

Unless common ground exists or is created and is built upon, communication suffers; it may not occur at all. Common ground can be as ethereal as the wish of a speaker to share ideas, knowledge, or stories, to entertain or inform, and, on the part of audience members, a wish to hear the speaker do so. Such common ground often underlies the speaker circuit that brings various personalities to college campuses and community auditoriums.

But establishing common ground may also be a more complex undertaking, one requiring a thoughtful and thorough audience analysis. Through such analysis the speaker learns and then can consider the audience characteristics that contribute or fail to contribute to their common ground.

If, for instance, a speaker is to address a Swiss audience, a cultural analysis should tell her that analogies or metaphors that hinge on American football would be more meaningful if they centered on skiing, hiking, mountain climbing. Speaking to a Chinese audience, a presenter who makes references to large nuclear families would be not only ignoring the experience of most of his audience but perhaps being indelicate.

Being able to predict with some certainty an audience's attitude toward presenter, subject, and message allows the speaker to widen the common ground and provide the kinds of diction and support most likely to be acceptable to that audience. 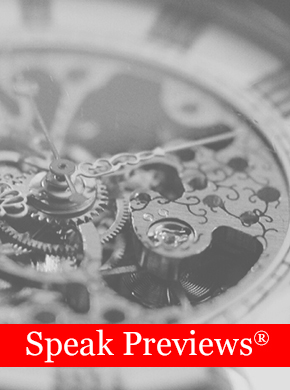