Usually, words that we confuse sound alike or are used in similar ways. Sometimes we never learned the difference between them. But sometimes we have seen or heard them used interchangeably so often that our initial understanding of correctness gets muddied.

The problem with using words incorrectly is that errors not only impede audience comprehension but reduce your credibility. Such a reduction lessens the trust an audience places in you and thus on your messages. "Words are the source of misunderstandings," wrote aviator and author Antoine de Saint-Exupéry in The Little Prince.

But they can also be the source of clear perception. That’s where you come in. Precisely.

While both words derive from the Latin word securus, meaning to make safe, sure, or certain and were once used interchangeably, they are now used differently by most writers and publications. Our advice is to stay in that mainstream.

When you ensure that you will have a report ready by Friday, you are guaranteeing that the report will be finished by Friday. You are pledging to do everything needed in order to have it ready at the designated time; you are promising a certain outcome.

But you insure against loss. You purchase insurance so that you are insured. “Insure” carries with it a financial context.

And although it falls outside a pairing of easily confused words, we’ll toss in “assure” as a little lagniappe (a word used mostly in the US South to mean “something extra, a small bonus”). Assure, too, derives from securus but means “to remove doubt about, to state with confidence, to make something certain to happen, to cause to feel sure.” So it is that your promotion may be assured, you may assure a colleague that you will attend a conference, and you had better assure your mother that she makes the best meatloaf in the world.

A restrictive clause is a part of the main sentence that contains information necessary to the meaning of the sentence. It “restricts” or limits the noun that comes just before it, the noun it modifies. (Both of the preceding sentences contain restrictive clauses.)

Here is another example:

But a nonrestrictive clause provides nonessential information, information that can be omitted without changing the meaning of the sentence.

Here, the clause is nonrestrictive – it provides extra rather than essential information. Its implication is that only one regulatory commission exists or that the audience already knows which one is under discussion. The “which” clause acts almost as an aside.

When you need to restrict meaning, use “that.” If you don’t, use “which.”

The increased understanding that results for your audience strengthens your effectiveness as a speaker and writer. Ensure it. 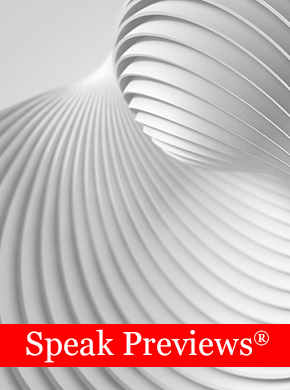