At the lectern the physician-scientist spoke with passion and enthusiasm, lowering his voice and then raising it, changing its pace and rhythm, using metaphors and analogies, describing vividly a particular treatment and why it should be approved. Into his presentation he wove the story of a particular patient, one for whom several treatments had failed, not only lowering the quality of her life but increasingly endangering that life.

Not for a second did the physician-scientist ignore the data. The evidence with which he supported his message was compelling. He spoke with authority, creating the kind of credibility that engages listeners' trust.

Yet in his presentation he elevated pathos, an appeal to emotion. He did so by telling a story, by choosing words for their emotional value, by using figurative language, and by varying his delivery—all techniques that can help a speaker evoke and use audience emotion to persuade.

Our physician-scientist could have chosen one of the other two means of persuasion to guide his talk. He could have emphasized his own professional stature and wisdom by examining and weighing the strength of each aspect of the new treatment (ethos). Or he could have foregrounded logos, the persuasive method that highlights reasoning and evidence and downplays the others.

He chose to use pathos as his primary method of persuasion. Important to his choice was his own passionate engagement with his topic. He believed he could translate that engagement into a presentation that would help move the audience to accept his message.

He believed that if he did it right, his peers and audience would come to share his feelings about the subject. They would adopt his point of view. He believed that pathos could evoke in them the emotions he felt; those emotions would then help shape their judgments. To be sure, pathos is not overstating your claims and data with the zeal of over-the-top adjectives and adverbs, but connecting emotionally.

According to Aristotle, an emotional appeal holds power because feelings "so change men as to affect their judgments." Our feelings affect our judgments? Yes. Often. Taking emotion into consideration as you shape a presentation can be an element of strategic preparation.

Because the purpose of a persuasive presentation is "to lead to decisions," a speaker is wise to use every appropriate method to influence decision-making. Logos, ethos, and pathos are all part of a persuasive strategy and should be used in a manner suitable to the topic and the occasion. The speaker must use all three judiciously—not necessarily in equal measure but in harmony.

Our speaker understood the risks of this approach and was careful to control them. He knew that his peers would be put off if his appeal were too emotional; they might think that he was being unprofessional or had veered away from science and into marketing. He knew that his reasoning and evidence had to be impeccable and his demeanor encourage the audience's trust. Supported by ethos and logos, his emotional appeal created conditions in which the audience accepted his message and decided to act favorably on it.

Pathos can be a powerful governing approach to a presentation, he found. And at times, emotion is the most rational of choices. 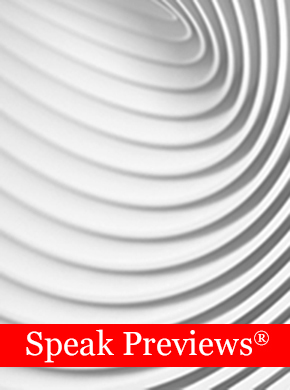