Said with that emphasis, we understand rhetoric to be largely empty of serious meaning. But though "rhetoric" is used that way sometimes in popular culture, its more useful meaning has nothing to do with wordiness or empty phrases. It's actually the kind of communication you're required to do every day to be successful at your profession.

Rhetoric is the art and practice of using language to persuade. It's the ability to influence the thoughts and actions of an audience, an ability that most of us need daily in formal and informal situations. As Aristotle claims, "rhetoric exists to affect the giving of decisions."

So when we consider rhetorical strategy, we are considering strategies that help us persuade others. A speaker or writer may persuade not only through ethos, or establishing credibility, and by pathos, or connecting with emotions, but by logos, presenting an argument and supporting it with appropriate evidence.

The three persuasive appeals of ethos, pathos, and logos can be used in any kind of communication; usually each plays a role. The one you develop as your primary means of persuasion should be the one that best suits your audience and purpose. For scientific, regulatory, and business communication, it's often logos.

Logos addresses and engages the intellect; it's designed to evoke a rational or cognitive response in listeners.

An appeal to logos, then, includes forms of logic such as deduction or induction but also any pattern of reasoning that you present. Making a claim or stating a conclusion, discussing its inherent issues and their resolution, or providing evidence to show that your claim is warranted establishes your reasoning for your audience.

A pattern of reasoning may also integrate the conventions that your audience expects—a summary of background, a head-to-head comparison with a competitor, a review of literature, an explanation of method or a statement of need.

As you plan your logical appeal, note that certain audiences expect certain kinds of evidence, and determining what those are is an important element not only of audience analysis but of your entire preparation process. Supply the types of evidence most likely to be acceptable to your audience—details, statistics, reports of studies, stated positions of experts and authorities, analyses of certain kinds. As you do so, make every connection clear and reasoned so that audience members can place each piece into the relationship of facts that constitutes their truth.

Using logos, you present a claim with the intent of showing your audience that your claim is true, both reasoned and well-supported. You arrange evidence to show its relationship to other evidence as well as to the audience's pre-conceived ideas or stores of knowledge.

Certain kinds of structures can strengthen the parts of your argument. Definition, for example, allows you to limit or delineate the boundaries within which your claim and its support apply. Providing examples, analogies, or comparisons may help listeners relate your message to knowledge or beliefs they already hold. Discussing causality or consequences can clarify processes or results.

While logos can be a powerful means of persuasion for many messages and audiences, its strength can be supplemented by ethos and pathos. Balance your use of these persuasive appeals appropriately—not necessarily in equal measure.

It's all rhetoric. That's the strategy. 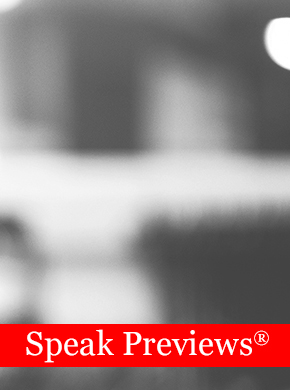