"I have to tell you about my Aunt Katie," a seminar participant exclaimed when discussion turned to weasel words, those words or phrases that undercut, refute, or contradict the words that accompany them. "My Aunt Katie loved to criticize, and she began every critical statement with the words 'I don't mean to be ugly.' Every time we heard her say that, we knew that she was about to say something really ugly, like, "'I don't mean to be ugly, but those shoes make your legs look like sausages busting out of a casing.'"

Oh, Aunt Katie, really? You didn't mean to be ugly?

Weasel words affect the honesty of a statement or term, rendering an expressed view or perspective misleading, equivocal, or ambiguous. Sometimes speakers use them deliberately as a way of avoiding responsibility for a statement or opinion, but weasel words are often used unconsciously—either through habit or from having heard them often.

The result of either usage is denial of the import or truth of a statement, obfuscation, or deception.

A weasel word can be a single word. "So" is one such word; it creates the impression of a causal connection that may be absent.

"Clearly" and "obviously" weasel by assuming an agreement that has not been established or, as lawyers in court may object, by assuming facts not in evidence. "Clearly this problem needs to be addressed," a colleague says in a meeting. Does it? Has the problem been defined? Has the need to address it been established?

"Obviously, the 7-L1 receptor can cause drowsiness and daytime sleepiness in its own right," a Q&A respondent answers. Is it obvious? Are those facts in evidence? Or is the speaker weaseling into an unsupported claim?

Some weasel phrases create false authority by attributing a conclusion or belief to an unidentified person, group, or thing. Without evidence, these phrases hold no meaning:

Others, like Aunt Katie's, establish a tone or claim that shrouds the critical purpose of the message. The phrase "I don't want to be negative," for instance, is followed by something negative just as "It really isn't any of my business" is followed by advice or criticism and "I don't need to tell you" is followed by telling.

Solutions? For the first kind of phrase, identify your sources. For the second, own your tone and content by removing the weasel phrase.

One offender in this category is the passive sentence, a construction that omits the doer or agent of an action. "It has been demonstrated" a speaker may begin, not explaining who did the demonstrating. Or "The conclusion was reached" or "A warning was issued" instead of "The Regulatory Commission reached the conclusion" or "The YZ corporation issued a warning." When used to duck responsibility, the passive sentence weasels.

Other sentence weasels use qualifiers that indicate a greater degree of agreement than exists. Each demands an explanation of the amount of agreement intended:

As you read and revise presentations, watch for the weasels. Should one pop up, replace it with words accurate and true, words aligned with content and tone. 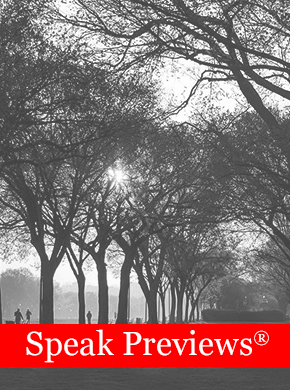