A plethora of voices bursts through the phone, all at once, and you can't understand the words or who is saying them. An electronic hum comes and goes. You focus, but still, the harder you listen, the less you hear. A multi-site teleconference can be personally frustrating, even when it's organized well. As a participant, though, you can do much to lessen the frustration for those in on the call. How? By using your teleconference voice.

Without visual cues, it sometimes takes a moment longer to understand what someone is saying. Build those moments into your comments by slowing down just a little. A normal rate of speech can be difficult to follow in a conference call even if all participants are equally fluent in the language being used. In teleconferences whose participants have different first languages, it sometimes becomes nearly impossible. Enunciate clearly, too. Participants may be experiencing electronic interference or background noise, so come through as clearly as you can. You want them to hear you now.

SPEAK WITH VOLUME AND ANIMATION

Participants should be prepared to raise the volume of their voices a bit and to work to animate their vocal deliveries, much as a voiceover artist does. Because listeners have no "video" of the person speaking, they can't see the facial expressions and nonverbal cues that help to create meaning. The "audio track," the voice, must compensate for that lack.

If it's possible, stand as you speak, and gesture. Standing allows you to breathe more deeply which makes raising the volume and animating the voice easier. Try to mentally see the person(s) you are speaking to, and use gestures as you would in person. Physically gesturing adds more animation to the voice. Use facial expressions, too. Smiling, for instance, will relax your voice, smooth it—listeners really can hear a smile over the phone. Use pitch, tone, and inflection to modulate your voice, to enliven it, to pull your listeners closer with its sound.

In a teleconference, pause more frequently than you would in face-to-face discussion. Pauses allow participants to better absorb what has been said, and that's especially important when a major point is offered. In addition, if the call includes participants in multiple international locations, you may need to allow for lag time, a situation which can occur when several different phone systems are trying to communicate with each other. Plan to pause, and adjust your use of pauses accordingly as you discover how often you need them when you're listening. When making a critical point, to help it stand out and therefore be better heard, take a half-breath short pause before the point and again after it. This becomes the verbal equivalent of using bold face type or italics to stress the point.

When several participants attend the teleconference from a single location, they may tend to dominate discussion. While having a defined agenda helps prevent dominance, such a group must be careful to stay in teleconference mode. Its members will need to resist the tendency to speak only to one another. It's a hard tendency to overcome because speaking to those whom you can see just seems more natural. But doing so excludes the outliers and may very well limit their contributions. It may also lead those in the larger group to talk over one another, making it impossible for those in remote locations to follow the interchange, much less join it. They will not be able to understand what is being said or even who is saying what. If participants in one location slip into conversational mode and thereby ignore the special demands of the teleconference, the outliers may well be completely excluded. At that point, each one may punch the "mute" button and drift away to some other world.

In sum, if participants have to work too hard to remain in a discussion, they will eventually disengage. Use your voice to its finest ability in order to communicate, no matter how distant the teleconference participants may be. They will be listening for it—and to it. 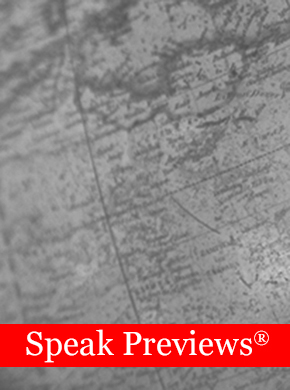