"Organize it for Thursday," a manager told a team leader early one Monday morning. "We'll need Washington and Germany. And probably the Swiss group."

It's no wonder that some enterprises use teleconferences. Team members are located around the globe; companies seek ways to save travel costs; last-minute concerns arise. So, while teleconferences aren't always the best means of communication, an organization must accommodate their use. The challenge is to make them as productive as possible.

The team leader charged with arranging the multi-site Thursday teleconference met the challenge. She took specific steps to insure that all participants stayed involved and engaged in order to achieve the purpose of the teleconference.

Her first consideration was the length of the call. An hour is ideal, but stretching the conference another half hour is acceptable. She decided on an hour and fifteen minutes. After that amount of time, participants will begin to tune out. They will have punched the "mute" button and begun sorting or writing email, searching the web, or planning the next family reunion. It's not that they have little interest - it's that an attention span has limits and when it wanes, participants feel compelled to get other things done.

She also labored to produce a detailed agenda so that all participants knew the actions they would need to take to fulfill the purpose of the call. She listed background sources and relevant documents, provided links to them and, in most cases, attached copies to the agenda itself to ease navigation. Each agenda item referenced pertinent materials. She named the specific input needed, thereby informing participants how each could best contribute and setting the expected level of engagement. In sum, she made preparation as easy as possible by building clarity and efficiency into the process.

SELECT THE EQUIPMENT AND SERVICE

The organizer gave serious consideration to the kind of equipment to be used for the call. An ordinary phone may work for a few participants, but it won't serve well if multiple people join in from one location. She arranged to use equipment designed specifically for conference calls and, because at least one site would bring in more than five people, a system that allowed for multiple microphones. She chose to route the call through a company that specializes in handling teleconferences, one that provided automatic, simultaneous ring-ups as well as dial-in numbers and access codes.

Finally, the team leader advised participants of the protocol to be observed. She reminded everyone to identify him/herself before speaking. She named a facilitator and specified his responsibilities. Stressing the importance of full involvement and of the critical input required, she insisted that cell phones be turned off, that email be ignored, and that participants minimize the chance of distraction or interruption. Importantly, the agenda she prepared reinforced the protocol she devised by setting expectations for each participant.

While organizations do recognize the need to be financially prudent, many issues demand in-person meeting and collaboration. When a teleconference is appropriate, participants must take care that it will achieve the desired result. Planning toward that result and organizing toward success, this team leader discovered, resulted in a productive teleconference, one that, she is happy to say, came in on time with the concerns resolved. Purpose achieved. 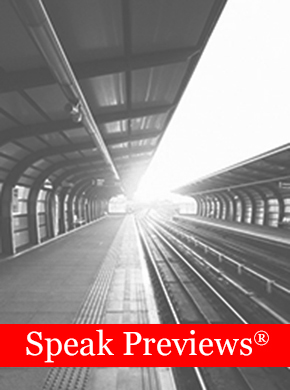