ECG's CEO, Frank Carillo, invites you to begin your year of communication opportunities with a positive outlook.

With a new year comes a fresh start. People have celebrated the occasion for thousands of years, making it one of the oldest traditional celebrations of humankind. While calendars, norms, and the reasons for the celebration have varied, it remains a steadfast reminder that the past has passed and that the future is all we have left to influence.

Hopefully you have been recharged by family and friends over this most recent holiday season – and we have a great idea on how to positively influence your year - help us bring civil discourse back.

You likely know the reasons for our concern about this issue. You will have experienced it through interaction with family, friends, holiday shoppers, or media. But the power of an individual communicator to make a difference should never be underestimated. Back in 1907, William L. Watkinson created a phrase that became a stalwart of twentieth century discourse when he said:

But denunciatory rhetoric is so much easier and cheaper than good works, and proves a popular temptation. Yet is it far better to light the candle than to curse the darkness.

Here’s how you can model positive communication behavior in your corner of the world.

It is often said in different ways, but there is virtue in actively seeking to understand before insisting on being understood. Do not assume that the strategic interruptions or talking over others we regularly see in media is in any way appropriate or effective for the real world. Long term, we have seen the ineffectiveness of this approach in facilitating civil discourse on the public airwaves.

Empathy is your most powerful fire extinguisher as it communicates both understanding and concern. Emotions are rarely changed with logic; expressing a countervailing emotion like compassion is your most effective tactic. The other party will either embrace your efforts or correct you. An appropriate correction of an incorrect interpretation of feelings or position would include, for example: “no, I’m not angry, but I am very frustrated by having to constantly deal with…” This provides validation of an attempt to be civil, compassionate, and active understanding.

Almost all the other inappropriate forms of argument (contradiction, name-calling, responding to tone) are related to avoiding or missing the point. We, unfortunately, are living in a time where ad hominem attacks are commonplace and even applauded by partisan supporters. These tactics are indicative of weak logic, the inability to structure an effective argument and wreak of disrespect for others. None of these things help discourse or your reputation.

We all have a choice each day to put our best foot forward and communicate in a positive way. Your year of influence has only just begun. 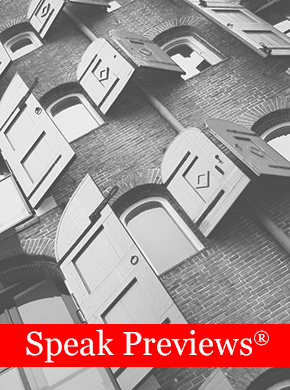