We enter our third year of Speak Previews with this New Year's note from Peter Giuliano, ECG's Founder and Chairman:

When I was a child, New Year's Eve was a magical night for me. My mother's home became the late-night gathering place for my large family. Around 10:00 PM, one family after another would arrive until the house burst with aunts, uncles, and cousins. The mood was more than festive; it was one of shared love, joy, and, perhaps oddly for the times, optimism.

That was back in the 1950's - the Korean War raging, the Cold War in full swing, the threat of nuclear attack hanging in the American air. It was not the best of economic times. The adults in that house had lived through the crash of 1929, the Great Depression, the hardships of WWII. These people had been through trying times, and yet, each New Year's Eve, the magic of hope filled that house.

As I grew older and began my career, I too faced several economic downturns, none quite like the one we're in now but each bad enough to have caused pain to millions of families. During each I noticed a slow erosion of optimism as people looked into the past with regret, sadness, or anger, and sometimes, a mixture of all three.

I'm not a "put on a happy face" person. I've found that a spoonful of sugar does not help the medicine go down if that medicine is cod liver oil. But still I believe that we all have it within ourselves to not just survive hard times but to surmount them.

To do so, we have to think differently. We have to look with new eyes, eyes that focus on what could be.

Writer and philosopher George Santayana once said, "Those who cannot remember the past are condemned to repeat it." Studying the past is of great importance; by working out why things happened as they did we can often form an understanding of past events and our part in them. But even more important is that how we view the past enables or constricts our future possibilities.

To look back and lament what was, might have, or could have been is futile. What was, was. It's gone except for lessons - lessons we can see with new eyes, looking into the future and imagining the possible. No matter what happened in the past, we have an ability to create a rewarding future.

So, as this new year begins, join me in the memories of my mother's home on New Year's Eve. Remember not only the joy that filled that home but the optimism of the people who met there. With all that is in you, try to look ahead at the coming year with new eyes, as they all did. For all they had survived, for all the adversity they had experienced, they learned to look forward with hope and possibility.

May we have success in learning the same. 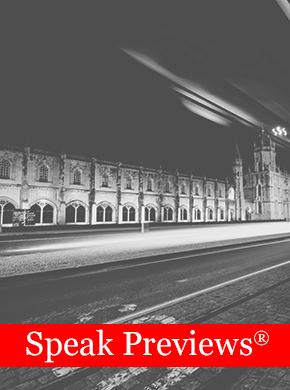