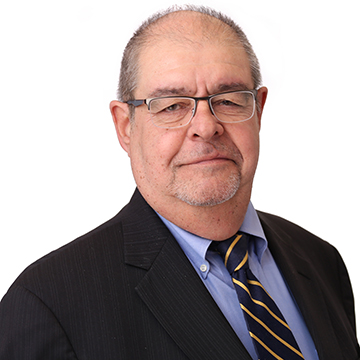 Peter Giuliano is the Founder and Chairman of ECG.

For more than 30 years, Peter has worked with CEOs, managers and professional staffs of companies ranging from large multinationals to recent startups. His clients have included some of the world's top corporations, among them Compaq, Unilever, Ericsson, TRW, Hoffmann-La Roche, Corning Incorporated, and Novartis Pharmaceuticals.

He has also been a consultant and trainer to a number of government agencies, including the US Department of Commerce, The Federal Reserve Board, The FBI, The International Finance Corporation division of the World Bank, the Veterans Administration, and the Federal Quality Institute. He has counseled and trained executives of major trade and professional associations in the U.S. and Europe. Peter is a recognized expert in leadership communication. He has been interviewed frequently on national television and radio shows. During elections in the U.S., he is often a guest on news programs, offering his analysis of how effectively the candidates are communicating their messages to voters. He is the author of numerous articles on communication and leadership and has appeared as a guest speaker at major international meetings and symposia.

Peter's commitment, and that of the ECG team, is to help executives and professionals communicate with the aim of truly reaching, motivating, and persuading as much as informing their audience. Peter credits his background in theater, combined with his business and training experience, as a key factor in his ability to develop in his clients a more effective communications and leadership style.