As a presenter, you don't want to overwhelm your audience, burying its members in data and messages, tossing the sands of information at them until they bow beneath the weight. But you don't want to underwhelm, either, by presenting such meager messages and evidence that listeners fail to grasp your point, much less accept it.

Instead, like Goldilocks of "Three Bears" fame, you want everything to be "just right." Her desire is far from new; the folktale of Goldilocks has been a staple in many cultures for many years, and the concept of "just right" certainly preceded its appearance. Yet drawn from her story is the Goldilocks principle, the notion that something should fall within particular limits rather than at any extreme. Such "just rightness" has been applied to many practices and disciplines—to economics, aesthetics, biology, astronomy, medicine, education, and a host of others. It's a useful concept for presenting, too, one that can guide you in constructing messages and providing support, one that can help you set limits in order to avoid the extremes that disrupt understanding.

How do you create the Goldilocks presentation?

How much is too much? Including more messages than an audience can comprehend is too much; those extraneous messages will dilute the significance of the ones that matter, the ones that fulfill your purpose. A slide containing information that complicates or derails your primary message is too much; audience members will expend energy trying to understand each word or value instead of assessing the data points that strongly support your message. Providing every scrap of evidence in existence is too much; listeners will begin to prioritize the importance of each scrap, probably in an order that you did not intend and perhaps in a way that lessens the persuasive value of each.

The "too little" extreme takes a number of forms. Among the most damaging is presenting generalities rather than specifics, whether it's a message that has no point, a bit of evidence too loosely connected to a message, or a structure that provides a vague focus or aim. Also in this category may be the lack of a communication strategy or the tactics that will help you achieve a clearly articulated one.

Helpful in avoiding this extreme is a full awareness of your audience, what its members already know and what they need to know in order to accept your position. In most cases, extended background material distracts and perhaps bores listeners, but insufficient background causes confusion or misunderstanding. Base your explanations on the amount and kind of knowledge and experience that you reasonably believe your audience to possess. Present pointed messages. Select support that meets not only the demands of those messages but audience needs. Create visuals that align with listeners' expectations and ways of knowing.

Following the Goldilocks principle of avoiding extremes in your presentation—not too much, not too little, not too simple, not too complex—creates the Goldilocks effect, the "just rightness" that will satisfy your audience and create the conditions that are most likely to result in persuasive success. 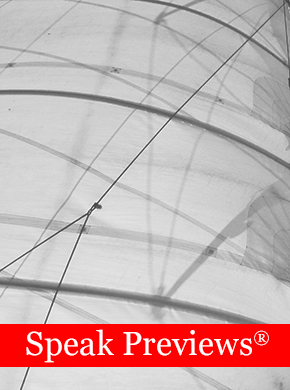