"Facts are stupid things … until brought into connection with some general law," said Louis Agassi, a 19th-century naturalist and Harvard professor. In the laboratory, his method was to give students a single preserved specimen to examine until their observations led them to some conclusion. One student wrote of observing a single Haemulon for days and, having at last woven fact into general law, spending the next eight months doing the same with specimen after specimen of the same family of fish.

The inductive method of reasoning follows a process of observing specific instances or conditions and then deriving a theory that explains them. Induction is part of logos, an appeal to logic through which a speaker can persuade listeners to accept or embrace a particular position or perspective.

Like deductive reasoning, induction occurs in everyday life. Looking across the street one evening, for example, you may notice that a neighbor's house is dark and his car is gone. When you observe the same condition several nights in a row, you infer that your neighbor is out of town. But maybe he isn't. Perhaps he dropped his car off at the shop and on his walk home tripped on the sidewalk, rolled off into a gully, and remains there still, tangled up in the ivy with a broken leg.

Such competing scenarios illustrate an important characteristic of induction: it speaks to probabilities. It addresses the likelihood of truth, making the quality of the support and your explanation of it paramount. You're obligated to give evidence that the theory you support is indeed most likely to be true and to justify why you've discounted any competing theories.

In the case of the neighbor and his dark house, it's more likely that he's out of town than injured in a ravine, according to Occam's Razor—the notion that the simplest explanation, the one that demands fewest assumptions, is probably the correct one.

Business and industry use induction daily to form theories and to test them. Through customer surveys and analyses of consumer behavior, through clinical trials, product testing, and other methods of collecting data, the corporate world is able to design and assess the plans and strategies on which success depends.

In a presentation, it's usually most effective to first present a message or conclusion and then provide supporting data so that listeners can build a context for the evidence. But at times, organizing your talk inductively can be compelling.

Beginning with the data that led you to a conclusion may be forceful, for instance, if they are surprising, unusual, or especially interesting. Or when you want to highlight a process of discovery, presenting evidence first engages listeners and invites them to join your journey toward knowledge. An inductive arrangement may also be helpful if you expect your message or conclusion to be controversial, if you need to build a case to forestall rejection and gain persuasion time.

Consider using examples from inductively-drawn data, too, to fashion an effective grabber or as the seed of a story. Among your evidence may well be the kind of experience, comment, or fact from which to construct a narrative or metaphor that resonates with listeners and emphasizes your message.

Facts are indeed stupid things if presented without connection or scattered throughout a data dump. But connected so that they form a theory and arranged so that they explain one, the facts established through induction can be very persuasive. And that's no fish story. 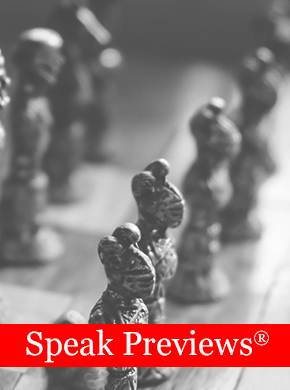