In writing as in speaking, using a variety of sentence structures can both clarify and enrich your messages. While all the sentences in a presentation or document work toward meeting a specified purpose, individual sentence types are often better suited to particular purposes.

The simple sentence (a.k.a. the independent clause), for example, suits flat statements of fact or opinion as well as ideas and points you want to emphasize.

A compound sentence (two simple-sentence clauses) presents two statements of equal importance but shows the relation of each to the other by connecting them with a coordinating word—"for," "and," "nor," "but," "or," "yet," "so." This type of sentence serves well the purpose of showing how two ideas relate.

Choosing the type that can best express your meaning increases message clarity.

But sentence variety also enriches messages by engaging the reader or listener, keeping his differentiation and attentive capabilities sharp. A series of identically-constructed sentences soon produces a tedious stream of words, a monotonous stream in which nothing appears to receive greater emphasis than anything else. Such a stream hinders engagement and subsequent comprehension.

Besides using the three types of sentence structures, how else can you enrich messages? One way is through the absolute construction, a means of adding detail or information that promotes a different rhythm and sound to your sentences and of folding two simple sentences into one.

An absolute phrase usually consists of a noun or pronoun and a participle (the verb form ending with -ing, -ed, -d,-n, -t) as well as any descriptive words or objects. It modifies an entire sentence or clause instead of a particular word. It can appear anywhere in the sentence and is always set off by commas (or sometimes dashes). Here are some absolutes you may have seen in various contexts:

WHEN TO USE THE ABSOLUTE

The absolute can add detail to a sentence or narrow its focus. Or it can explain a cause or condition of the information presented in the sentence.

And, in almost all cases, the absolute allows you to form one more graceful sentence from two or more choppy or repetitive ones. It's a pleasing solution to sentence monotony, adding rhythm and motion, providing fluidity, offering enrichment. 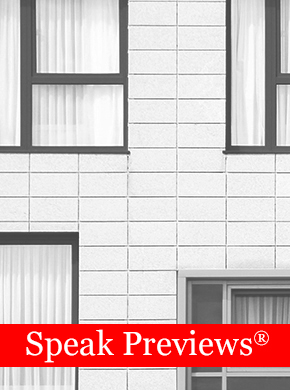