Out in the garden on a spring or summer day, bees buzz and hover, targeting the blooms of azaleas, daylilies, all manner of flowering trees, bushes, and plants. The bees' relationship with the blooms is a symbiotic one: the bee acquires the flower's pollen and nectar for sustenance while the flower benefits from a scattering of pollen that aids its reproduction. Both bee and plant depend upon their relationship to survive.

In many ways, the concept of symbiosis applies to the relationship between content and delivery in a presentation. While survival may not be at stake, weak or unformed messages generally lose the benefit supplied by a strong delivery, and those that are essentially compelling become less so by ineffectual delivery.

Some weeks ago we asked which speaker behaviors annoy or distract you. Your responses were indeed revealing; we discussed some of them in an earlier Speak Previews®. But you named others, all of which may so disrupt the symbiosis between content and delivery that the presentation itself fails. It may not, in fact, survive.

Your comments illustrated that if delivery is decidedly flawed, content messages are discounted or perhaps not heard at all. More than 30 percent of respondents were alienated by speaker behaviors such as talking too quickly. While rushed speech is a habit for some and for others results from anxiety, no message can be comprehended if it cannot be physically heard.

Other annoyances included starting a presentation with the words "I'm here today to," apologizing needlessly, and interrupting a questioner. Body language such as "standing with the shoulders all slumped and rounded," "rocking on the heel of his shoe," and "pulling her shirt at the waist with her left hand every 45 seconds" irritated many respondents.

The laser pointer came in for its share of criticism, too. Several people observed that the bouncing dot made it impossible for them to look at slides, especially when it circled every phrase or graphic. While cats may be proficient at following a quivering laser beam, people really aren't. There are better ways to lead an audience through a slide.

ALL OF A PIECE

Other respondents commented that inadequate organization interfered with their ability to focus on messages and supporting material. A speaker who rambles frustrates listeners. They become even more exasperated if his ramblings take him beyond his allocated time.

Audience members are also dissatisfied when a speaker says she doesn't have enough time to discuss a point "but then tries to do so, glossing over it lightly." In such a case, both speaker and audience would be better served by deferring the discussion to another time or medium.

The "data dump" offended respondents, too. They lose patience and interest when a speaker "mistakes facts and figures for insight," leaving them to attempt to find meaningful messages among the bits. They often don't even try.

A similar frustration for an audience is the speaker who "presents a lot of slides but fails to weave a cogent story." Data do not speak for themselves; slides will not substitute for the messages—the story—that your audience has come to hear.

Content and delivery maintain an indelible bond, one that requires both to be managed in order to provide mutual benefit. Speaker and listener will both profit, not only surviving but thriving, attending to each other with mutual respect. 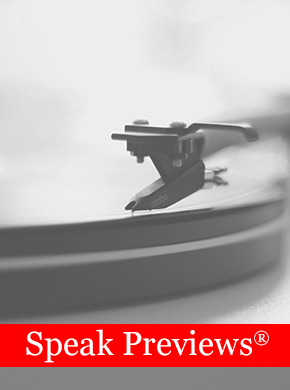