A glance at almost any rubric or evaluation form for public speaking is bound to reveal an item often called "annoying distractions" or "annoying mannerisms." It's generally found under the larger category of "Delivery" as distinct from "Content" and refers to a nearly limitless set of vocal and physical mannerisms or behaviors that do, indeed, annoy and distract listeners.

Limitless? Probably so. Some listeners become so irritated (or bored) when a presenter speaks in a monotone that they cease listening. Others shut down when a speaker reads from her slides. Still others begin to ignore content in favor of counting the number of times the speaker uses fillers like "uh" or "you know." Any often-repeated phrase may prove distracting, as can the constant use of rhetorical devices such as asking and then answering one's own question. Talking too fast, mumbling, speaking too softly—all can irritate an audience.

Physical behaviors can be just as alienating. Audience members are likely to pay less attention when a speaker seldom establishes eye focus. And, while gestures can help enliven a presentation or emphasize a point, listeners are apt to become annoyed with a speaker who punctuates every sentence with a pointed finger or wave of the arm. They're likely to be distracted by purposeless movements in general—rhythmic pacing, fingers that wipe at the face or rub at an ear, hands that plop loudly down to a tabletop or lectern.

No doubt you've seen some of these behaviors or others just as annoying. So we'd like to call on your expertise as a listener. We're working on a list of what our readers dislike about the presentations they hear. We're hoping you will tell us. What speaker behavior or mannerism really displeases you, distracts you, interrupts your attention? 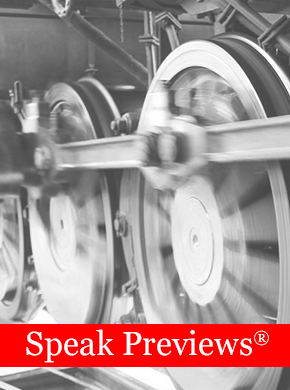