"I believe," said the presenter, "that eight percent of the participants experienced an adverse event and that most of those events were minor."

Wait a minute. He believes? Shouldn't he know?

He did know, but prefacing the point with "I believe" is likely to create doubt in the minds of his audience, weakening the speaker's credibility and thus his message.

Certain phrases have no place in a presentation. Those that introduce unintended doubt are among them; they change the attitude or tone of the sentence in which they appear, rendering the message uncertain, almost faltering. Compare the following variations to the sentence that begins this paragraph:

Perhaps using such variations is a vocal habit or a form of politeness practiced in interpersonal communication. Perhaps they have been assimilated by listening to other speakers or are attempts to supply emphasis. Whatever the speaker's intent, though, they create an impression of a speaker who is not entirely confident of his or her content and message.

But it's also about confidence. Beginning with "I believe" diminishes the authority of the speaker, relegating the statement to the status of opinion or belief rather than supported conclusion or verifiable fact.

These phrases are commonly used in conversation. But as introductions to ideas or issues in a presentation, they undermine the speaker's credibility.

A more positive construction would omit the introductory phrase and begin with the content, using the subject and verb positions to carry the message.

THE SPEAKER DOTH PROTEST TOO MUCH

In all honesty … Believe me … Trust me.

Each of these phrases encourages the audience to wonder why the speaker needs to emphasize truthfulness. If two sentences out of thirty begin with "Believe me," does that mean that the other 28 should not be believed? If five of a hundred sentences start with "In all honesty," does that mean that the speaker is being dishonest in the remaining 95?

Like fillers, these phrases add no substance to a presentation and may not only irritate listeners but also cause them to doubt the validity of messages and support.

Although most speakers work hard to command audience attention and message acceptance, they sometimes subvert their own intentions by using language that creates doubt. The best solution is to avoid using such language. Doing so requires awareness and practice, integrating into your preparation and rehearsal the language structures that build credibility. Those structures will not only promote audience confidence but your own. Trust us? 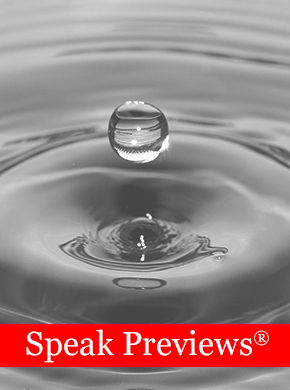