"I believe the shortest distance between two people is a story," says ECG Founder and Chairman Peter Giuliano. "Through stories, I have lived in times before my birth, known people I've never met, and experienced things that have never happened to me."

He continues. "I am there in the early 1930s when my Uncle Andy does battle with a car thief trying to make off with his prize Packard convertible. I get to see my mother as a child, hands tightly gripping the mane of my grandfather's horse, flying down a dirt road, shooting over the pebbles and gravel. I can also feel the sting of her punishment for taking that unsanctioned ride and hear her laughter as she assured me, so many years later and now long ago, that it was worth it."

During a trip to Italy, Giuliano stopped in Caserta at the Palazzo Reale and with his children admired "an extraordinary cascade of fountains and pools several miles long, stretching far off into the distance, starting with a waterfall at the very top descending down to the green, approaching the rear of the palace." There, on the lawns and beneath the trees, his grandmother, Anna, had played and picnicked nearly 100 years ago. "Through her stories she had brought this spot to life for me many times. So when I finally arrived, I felt like I was returning to a place, not seeing it for the first time. As my children and I threaded our way along the paths, I felt she was right there walking with us."

That's the beauty of stories. They are one of the few ways we humans have of folding the past into the present.

Every person, Giuliano observes, has chanced daring adventures, overcome daunting circumstances, found peace in some secret garden of childhood. Telling stories of such experiences preserves the emotions inherent in them as well as the particulars of time and place that are so easy to lose. "Only a person's words can make others feel what is no longer there: the anger of a skirmish, the triumph of an afternoon ride, the serenity of a picnic long ago," says Giuliano

During the holidays, it is easy to get caught up in the here and now. We talk about what to buy, when to cook, where to visit or who to invite. We fret. We worry. We want everything to go smoothly because a celebration and the people with whom we share it matter. But some of this energy, Giuliano suggests, should be diverted to stories.

It's one of the best ways to strengthen bonds. "This holiday, I'll share these and other stories with friends and family. It's one way to entertain the crowd gathered at my house, but it's also the only way to have Uncle Andy and Anna and my mother there."

Tell your stories. They are a gift to the future. 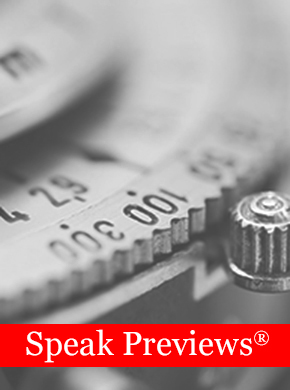