"Now let's take a look at the next one," the speaker said as a new slide appeared on the screen. "It shows expenditures for our division in the last three quarters." His voice was strong and his delivery solid, yet the transitions he made from one slide to the next were weak. By the time he got to the message he wanted to illustrate, most audience members were concentrating on the slide, not on the point he was making, and were ready to move on.

While an occasional weak transition doesn't hurt a speaker's effectiveness too much, a series of them will. The moments between slides hold value, and an effective speaker uses those moments to add even more.

Audience members look at a slide the moment it comes up; when they shift their attention to the screen, they're removing it from you. So in the moments between slides, while the audience is still looking at you, provide a transition that shapes expectations.

Before a data slide, state the conclusion. Before a descriptive slide, characterize what is to follow.

In both instances, attempt to word the transition in a way that connects the previous message to the upcoming point the slide will make or prove.

If you are silent while bringing up a new slide, your audience may well use that time to generate its own hypothesis or conclusion. It may use that time to predict what message will come next or to digest the last one more fully. While these reactions are not necessarily injurious—a well-placed pause often benefits both speaker and listener—be certain that a silent transition will be more effective than one during which you speak from a point. If you do use a pause in this way, wait until the audience is again looking at you before you begin speaking.

A signpost or agenda slide is frequently presented in silence. Those types of slides often serve as a transition in and of themselves, announcing a change in direction or context. But even with a signpost or agenda slide, a speaker may include a message-oriented transition to underscore the significance of the change. And in all cases, make sure that these types of slides do not interfere with the pace and rhythm of your delivery. If they do, omit them.

Like a garden, a presentation must include both sameness and novelty to be appealing. Every transition does not need to be identical. But a general uniformity punctuated by other transition types is likely to satisfy the audience's need for both the familiar and the fresh—as long as your selection is driven by content and purpose.

You could, for instance, occasionally use a "flying" transition, a comment that begins on one slide but finishes on the next. Or you could sometimes move from one slide to the next in silence. But most of the time, fill those moments with conclusions or hypotheses, characterizations or overviews. Fill them with messages.

No part of your presentation should be given over to meaningless utterances. Make transitions meaningful. 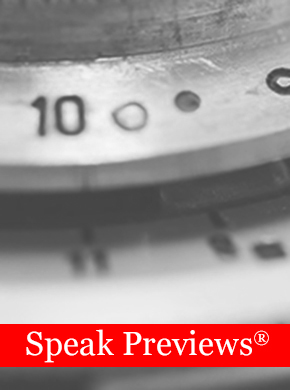