With less than an hour to fill their plates, eat breakfast, and tend to last minute personal and professional tasks, three dozen colleagues attending a day-long meeting were in a hurry. Already nervous despite being well-prepared for the day's presentations and discussions, their anxiety increased as they waited in a single line at a single buffet table not only for breakfast but again for lunch.

Buffet dining has a long and rich history, one that some say began in France in the seventeenth century but others say actually started in Sweden much earlier. Although used in holiday festivities as well as formal and informal gatherings, in the context of a business meeting the buffet has one primary purpose - to feed people swiftly and efficiently.

It should serve meeting participants performance-enhancing foods, of course. But the buffet must also be designed to make its navigation simple and as effortless as possible. A surprising number of meeting planners and catering services do not adequately consider the time constraints of a large business meeting, so a liaison or designated team member may need to make sure that the buffet meal offered fits within a meeting's tight schedule.

A double-sided line is faster, even for a relatively small group. The table set-up needs to emphasize that service is available from either side. Leave enough space on both sides for people to move comfortably, and stack plates on the short end of the table to mark the line's start. Place utensils and napkins at the opposite end so that as people are serving themselves they don't have to juggle with a dexterity demanded of a circus performer.

You may also ease congestion by relocating the items that take time to serve to another table. Salad dressings and other condiments, for example, could be placed elsewhere so that those who decide to use them do not hold up service for those who follow. Such a separate station also improves traffic flow when people who have forgotten an item need to return to get it. Rather than interrupt the flow of the main serving lines, they can fetch what they want from a smaller, more removed, and less-crowded table.

Although it may seem needless to label a tray of muffins or a dish of grilled chicken with an easy-to-read placard that says "MUFFINS" or "GRILLED CHICKEN," doing so will help people scope out the buffet offerings before they move down the serving line. They are less likely to stroll by the table a time or two before actually joining the line - or, if they do stroll, the signs will let them know more quickly what is available.

Make the signs readable. Most of us have had the experience of dithering before a row of urns because we cannot tell which contains regular coffee, which decaffeinated, and which hot water for tea. Reject the cursive scrolling script so often used for buffet signs in favor of one that is clear and crisply visible. Do the same for signs intended to distinguish regular items from fat-free or gluten-free ones. If your buffet includes bins of iced drinks, label those as well so that people don't have to catch and release to find the kind they are fishing for.

In the interest of time, plan to include only a few "food stations" in the buffet. One for food, one for condiments, and one for beverages served in urns or pitchers should be sufficient. Browsing and selecting from multiple stations takes time. Make it easy.

Stations will also ease service for those who only want items of a certain kind - a bottle of water, a salad, a cup of coffee.

A buffet meal should be attractive - linens, attractive serving dishes, appropriate centerpieces or decorative items. But it must be functional. A participant who must be seated in a conference room at 8:00 for an FDA Advisory Committee Meeting or a project proposal presentation to upper management has a lot to accomplish between 7:00 and 8:00. Make it easy. Calm nerves. Simplify. 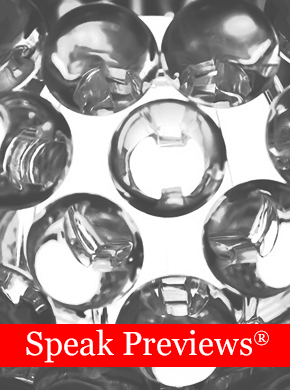