ECG CEO Frank Carillo addresses the ways in which the values held by generational cohorts affect communication and workplace dynamics.

Values. We all have them. But rather than being born with them the way we have brown eyes or blue, we acquire them through an interaction of self with experience. That interaction, according to sociologist and former business consultant Morris Massey, is tied to time and determines the values held by each generational cohort.

Massey theorizes that by the time we are 21, our values have been set. Because generations grow up in a common era, they share a mélange of cultural experiences and expectations that form a set of mutual values. Thus those born in the USA between 1922-1945, the Traditionalists, hold among their values a respect for authority. The values of Baby Boomers (1946-1964) include a need to challenge authority. Both Generation X'ers (1965-1980) and Millennials (1981-2000) value fun and diversity, but members of Gen X value skepticism over the Millennials' optimism.

Values are a lens through which people see and a mechanism through which they act. Although many are formed by the times into which a person is born, their formation is also influenced by individual circumstances and reactions. So while it's a mistake to assume that every Millennial is optimistic or that every Baby Boomer feels compelled to challenge authority, examining generational or values cohorts can improve your ability to communicate in several ways.

Mull over your own value system and how it plays with others—literally. Massey says that "You are what you are because of where you were when." Look to see how your values may differ from those held by other generations. Focus on realizing that differences do not equate to wrongness. That realization alone can help increase your understanding of and empathy for others, both of which are precursors to the trust on which relationships rely.

Also scan your values to see if they still fit, to make sure that those you "received" when you were younger deserve to be currently active sources of your behavior, thought processes, and communication style. They may have changed; Massey notes that such changes spring from significant emotional events, and almost all of us have had a few of those, whether for good or ill.

Every audience analysis should account for listener characteristics that may arise from age. In a mixed group, there may be mixed preferences regarding content and delivery. Older generations often want the "courtesy" of explanations and a formal tone. Younger generations generally favor fast, factual, short sound bytes. If they need more information, they will use a self-service mechanism for what they want when they want it.

But even a heterogeneous group may share some traits. A study conducted by the IBM Institute for Business Value, for instance, found little difference between Millennials and two other generational cohorts in several key work-related areas.

Team members each have their own value systems, but some of those values are likely to be shared by most (if not all). Identify those values; they are team strengths and can be used to create a sense of cohesive connectedness, a sense of cooperation.

Success is rooted in a focus on the shared interests of the disparate parties. R&D and Commercial may be at odds over how to prioritize product attributes, for example, but they share an interest in achieving business success. So it is with heterogeneous teams comprising multiple generations whose value systems differ. Find the values held in common; use them to galvanize the team.

Understanding values prepares the ground for understanding—without that ground, communication is hardscrabble. 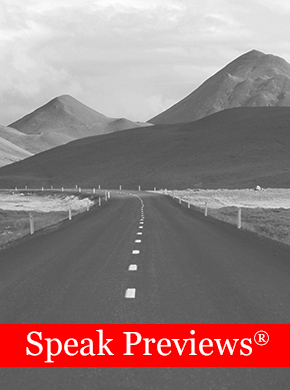