At a table in a restaurant, a diner leans forward and speaks to her companion. Within seconds, her companion is also leaning forward, the two of them mirror images. Elsewhere a conference participant stands to ask a question, his words emphasized by sweeping gestures. As the speaker responds, she uses the same sweeping gestures and incorporates some of the questioner's own words into her reply. During a meeting, one team member raises his voice in enthusiasm. As others speak, their voices, too, reach the same level of animation. What is going on here?

It's mirroring, the practice of matching or reflecting the posture, gestures, words or tone of another. Most of us tend to do it naturally around those to whom we are close, and the practice appears to be a way of building rapport, showing interest, and affirming relationships. It signals acceptance or support, a sense of concern, a desire to remove the obstacles that so often impede communication. It helps establish trust. The person you are mirroring feels your respect, approval, or regard.

Mirroring or synchronous body language can take any of several forms. One of them is imitating the posture, stance, or gestures of another. Leaning forward a few seconds after a tablemate does, folding your hands to match the position of a colleague's hands or bending your head slightly to the right just after a responder has bent his to the left can all help create rapport. These actions indicate that you are in sync with another. When one person in a conversation stands taller and straightens his shoulders and others follow, the entire group is likely to feel a stronger bond.

Facial expressions offer many opportunities for mirroring. When someone smiles at you, you usually return the smile. As you mirror that smile, a bond is formed, even if the two of you are simply strangers thumping cantaloupe in the produce aisle. In a presentation or meeting, reflecting another's raised eyebrows, nod, or twist of the mouth shows that you recognize the feeling expressed, that you are interested and concerned. That recognition acknowledges and deepens respect and trust.

But you can also use words and tone to mirror. During a Q&A, incorporating some words or phrases from the question into your response helps you align yourself with the questioner and gain a measure of acceptance and support. Do the same in conferences and discussions—it shows that you are all speaking the same language. Matching the tone and inflection used by another person also helps establish mutuality; you can pace the speed of your speech and modulate your voice, for instance, to mirror the other's delivery.

The next time you're at a restaurant or a concert, a conference or a meeting, watch how people move and mirror. It's almost a dance, a dance choreographed by the human need to accept and be accepted, to respect and be respected, to understand and be understood. Practice mirroring as a communication technique, a way of sending nonverbal signals that advance your message. 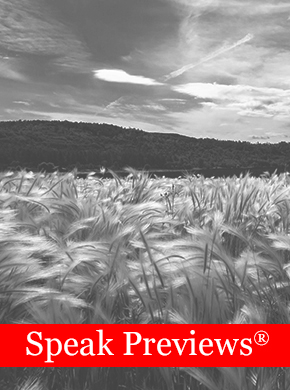