Thank you for the mail!

We are especially grateful to have heard from Peter W., a kind and gentle reader who pointed out to us that we misnamed Abraham Maslow in our article on using his hierarchy to improve cross-cultural communication. We apologize for our error and have corrected the online copy of the article.

Then we turned back to other mail, to queries concerning some pesky punctuation: hyphens and dashes.

Several readers have asked about the differences among the hyphen (-), the en-dash (–) and the em-dash (—). The first difference is length, the second is keyboard or program location, and the third is usage.

Part of what makes these marks so pesky is that grammar and typographic experts hold differing opinions on some of the finer—and not so fine—points of usage. (In the previous sentence, for example, em-dashes set off the interrupting words but the longer en-dash could have performed that service.)

If your company, organization, or discipline endorses a particular style guide, follow it. But when options exist, let consistency be your guide. Expect, though, that some reviewers or readers may prefer a different option; in team-generated documents and slides, negotiate differences.

The shortest of the horizontal marks, the hyphen (-) is located to the right of the "0" on the keyboard. It is one-character long and is never preceded or followed by a space.

The en-dash (–) is a little longer than the hyphen, about the width of an "n," and is not on the keyboard.

Word will insert an en-dash when you type "something-space-hyphen-space-something" or create a shortcut. With Apple products, type "Apple+-(minus key)" for en-dashes.

A space always precedes and follows an en-dash.

The longer em-dash (—) is also absent from the keyboard; Word automatically creates one when you type "something-hyphen-hyphen-something," or create a shortcut. To generate an em-dash in Apple, type "Apple+Shift+-(minus key)."

A space never both precedes and follows an em-dash; using it to attribute a quotation requires a preceding space.

Use the em-dash to:

While there are other uses of hyphens, en-dashes, and em-dashes, the ones above are often the most problematical. The upside to mastering them, though, includes not only correctness but an expansion of the armamentarium of sentence structures through which you add clarity and variety to your communication.

For writers and presenters, that's of understandable benefit. 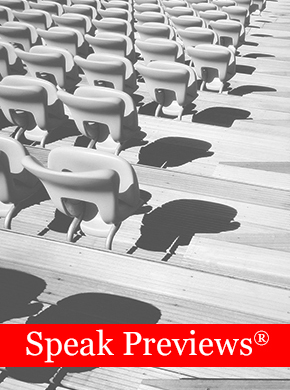