In Problem or a Solution? ECG Principal Richard Barr, PhD, discusses how a difficult team member sometimes functions as a scapegoat who offers the team distinct value when the nature of the role is understood. In the second part of this discussion, he explores how difficult people are sometimes the drivers of a team's success.

THE HORRORS OF HARMONY

Groups without troublemakers may not be without trouble. Harmony is not always happy, at least when performance or progress is at stake. In my own research, an analysis of modern social theory suggested that communities commonly form around similarities but need difference to thrive.

Similarly, management theorists have observed that groupings of similar people "get along" but may not get very far. Hackman's musical research discovered that "grumpy orchestras played together slightly better than orchestras in which all the musicians were really quite happy," at least when mood was measured during rehearsal. The most meaningful metric of happiness in this view is the contentment bred of having performed well together—of shared satisfaction in stellar performance.

While ends cannot always justify means, it is clear that harmony may be the product of discord, not simply its opposite.

THE VALUE OF DISCORD

Why does all that is well often not end well? Janis coined the term groupthink to describe collectives in which individuals cannot voice dissent because consensus is valued too highly. Such groups become constrained, losing access to vital perspectives.

When being a team player means charging ahead with a "can do" spirit, teams may pursue paths that lead off a cliff. In some assessments, the best example of the dangers of groupthink is the disastrous Bay of Pigs invasion, where loyal advisors supported President Kennedy's war plans despite their own doubts. Similarly, some analyses attribute the Space Shuttle Challenger disaster to a misplaced focus on good team play instead of good sense.

Just as the presence of "difficult" members may be diagnostic of team dilemmas, their absence may reveal the team's difficulty with difficulty. Such a team culture may suppress the insight and drive the team requires.

Socrates called some difficult people "gadflies" and stressed their importance. While some are annoying in the short run, they are productive in the end because they question the status quo. For this reason, IBM founder Thomas Watson disliked hiring people who made him comfortable. Instead, he "looked for those sharp, scratchy, harsh, almost unpleasant guys who see and tell you things as they are."

When analyzing team dynamics, consider whether the actual source of team difficulty is disagreement or disruption of the party line. Sometimes teams have to work hard to find ways to identify and question their own assumptions. While a straight line is the shortest distance between two points, it's not necessarily the best path. A team member whose dissension disrupts the party line may offer an idea or insight that opens the very path the team has been trying to find.

The aptly named disruptive innovation can deliver big leaps forward rather than incremental steps. We need to find ways—at the appropriate time and in appropriate terms—to generate ideas that upset the status quo. To do that, more, not fewer, difficult people are our allies. 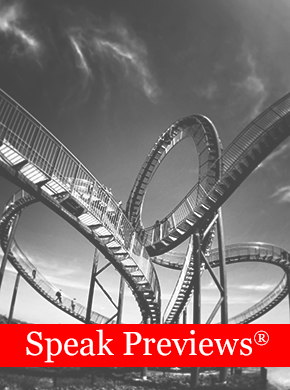