Steve Jobs delivered one of the best in only three little stories. A rocket scientist received a standing ovation from 10,000 attendees at UCLA's Pauley Pavilion for his. And Dr. Seuss, the man who never spoke to people, delivered one in poetry.

Nothing worries a speaker like being asked to deliver a commencement address. They realize that life has completed a circle. They know their words will be immortalized in print and by video. They, too, have heard lame commencement talks and don't want to be added to that club.

But they are also concerned that, because they have learned so many lessons in life, they don't know how to choose the most important ones and boil them down to a digestible size.

Graduation ceremonies should be seen as launching pads, not curtain calls. If we learn anything in school, it should be that we have only just begun to learn. Going forward, graduates will increasingly choose more of how and what they learn. Thus most great addresses encourage openness over narrowness and wonder over resignation. Sounds like a simple message. But simple may not mean easy.

In a 2005 address to Stanford graduates, Steve Jobs simply told three personal stories. The narrative structure was easy to remember and the texture of each story gripped audiences more tightly than a lecture. Of course, Jobs had to commit to a memorable "moral" in each story. And while his fame, celebrity, and success predisposed the audience to listen, most commencement audiences are captive. A good opening or story will give any speaker a chance to connect. The personal nature of the stories Jobs told secured that connection.

A few years ago a client asked for help in constructing a commencement address. A rocket scientist who had risen through the ranks of a manufacturing conglomerate, he agonized over what was important to say and how to say it. He wanted to make it real by being personal without sounding self-absorbed. His eventual story was inspiring and heartfelt; our biggest job was convincing him that others would want to hear it. He so powerfully connected with his audience that they laughed, cried, and called out to affirm his words. His address was not only digestible but delicious.

One of the beauties of human existence is that so many of us have common experiences—dilemmas, joys, doubts. Most listeners can relate your story to their situation when they know you have ridden the same emotional roller coaster. They will know this commonality through the text and subtext of your narrative. Your experiences matter. When you have the opportunity to speak with people from your experiences, even in everyday situations, you have an opportunity to touch them and to launch them on a new commencement.

More than three decades ago, author Theodor Seuss Geisel agreed to accept an honorary degree from Lake Forest College but was chagrined when he learned the college wanted him to deliver an address. "I talk with people, not to people," he said. But after meeting many of the students in a reception the day before the ceremony, Dr. Seuss was moved to make an exception in the form of the following poem.

My Uncle Terwilliger on the Art of Eating Popovers

My uncle ordered popovers
from the restaurant's bill of fare.
And, when they were served,
he regarded them
with a penetrating stare.
Then he spoke great Words of Wisdom
as he sat there on that chair:
"To eat these things,"
said my uncle,
"you must exercise great care.
You may swallow down what's solid
BUT
you must spit out the air!"
AND
as you partake of the world's bill of fare,
that's darned good advice to follow.
Do a lot of spitting out the hot air.
And be careful what you swallow. 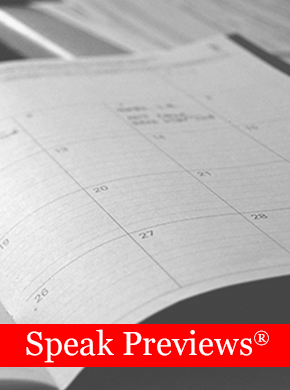