ECG Principal Steven Cohen discusses ways of supporting the claims/messages comprising an argument by fully accessing your evidence base.

In a time when people are calling into question not only sources of information but the information itself, it's important to be able to support an argument with strong evidence. Doctors practice evidence-based medicine, scientists examine data to confirm or disprove hypotheses, CEOs scour financial analyses to optimize business. Every day, people working in an array of industries base innumerable decisions on their knowledge of markets, financial circumstances, capabilities, demographics, and a host of other factors. Then they must persuade others—one or two or many—to accept the argument proposed and put it into operation.

Your presentations and documents are rarely much different—both include claims (or messages, a handy synonym) that form your argument and a variety of evidence to support them.

CLAIMS AND THE EVIDENCE BASE

At ECG, we deploy expertise to help clients make their presentations and documents more persuasive. Central to generating persuasive prose is the ability to leverage an evidence base for maximum impact. Accordingly, we encourage clients to forge a series of evidence-based claims that, taken together, form a sound argument that will convince their audience to take specific, targeted actions.

STRUCTURE AND SUPPORT EACH LEVEL

How do arguments compel? First, they rely not on a speaker's opinions or feelings but on facts. Second, they tend to accrete or accumulate messages supported by facts that show the position argued to be the correct, most suitable one.

What works well is to structure an argument around benefit-oriented claims. The speaker or writer presents each claim or message and then the specific evidence supporting it before moving to the next claim. Each claim and its evidence build and strengthen the argument. As presentations become longer and more complex, there may be layers of claims, sub-claims, and sub-sub-claims—but every level receives the support it needs to buttress each message.

In a presentation, it's usual to state a message and then use a slide to provide supporting evidence. A presenter might, for example, claim that a certain treatment produced consistent improvement over 48 weeks. A subsequent slide would show a graph that provides evidence of that improvement. Importantly, the presenter would also make certain that the evidence is clear to the audience—commenting on it, emphasizing its qualities, showing how it supports the message.

PREPARE TO EXPLAIN AND DEFEND

In addition to making sure that you provide evidence to support claims and messages, it's important to understand the weight and specificity of the support that evidence provides. Is an observed increase part of a general trend or is it specific to your population? Are the data from a reliable, independent source?

Our healthcare clients look often at levels of evidence; multiple independent, randomized controlled trials form the highest level; the combined opinions of experts or an expert committee form the lowest. Our marketing clients may be able to attribute an increase in sales to a specific promotion, but sometimes doing so requires a multivariate regression analysis to eliminate other possible causes of the increase.

Once you have your claims and support organized and aligned, assess your complete evidence base to see how well it supports them. If the support is sufficient to convince your audience, then you're well on your way to having a compelling argument. If it does not seem sufficient, examine your claims and evidence base again to determine what changes you should make. If you do not have the right evidence to support a claim, drop or revise it.

During an era in which so many people are putting into doubt knowledge, facts, information, and data of all kinds, it's important that you know your evidence base and use it effectively to support your messages. A compelling argument requires it. 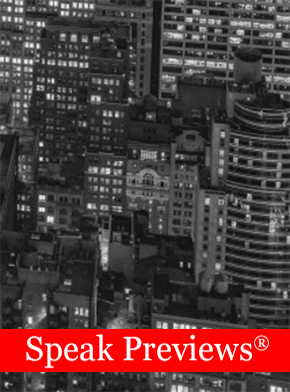