"It's personalities. It's communication. It's behavior," a frazzled team member explained. "Name-calling, blaming, passive-aggressive responses, snide comments—all interfere with the work at hand, deflect the team from its work, distract and demoralize everyone." Such dysfunction obstructs each individual's workflow as well as that of the team.

Confrontations and arguments leave important issues up in the air with no resolution, putting progress on hold. Breakdowns in teamwork lead to team issues being taken up one-on-one or not at all. Meanwhile, the team's performance clock keeps ticking, individually and collectively.

The danger, besides creating an increasingly unpleasant work environment, is that the team loses focus and the ability to reach its goals. "You can't just tell people to behave, can you?" he asked. "To work together?"

Would that it were so easy.

SET THE RULES OF ENGAGEMENT

Ideally, a team's work or business rules would be established in one of its first meetings as a team. "Our rules were discussed and set immediately," said a member of a more functional team. "We discussed our processes, including how we would interact with one another, make decisions, resolve conflicts, the steps that would allow us to reach our goal by deadline."

Most of the team's rules were reached by consensus, he noted. "Every team member wants a good working environment, one that helps us all do our best work, one that keeps everybody in the loop, one that keeps us all moving forward. Most share an idea of what that environment looks like. That's what our rules were designed to create and maintain."

"Our team leader is not a dictator," he grinned, "but his responsibility is to lead our team. So he doesn't hesitate to hold us all to the agreed rules. Funny thing, though, is that no team member hesitates, either. We value them as the means through which we succeed together."

At other times dysfunction evolves, often when a handful of strong personalities commandeer processes, hijacks timelines, marks circles of inclusion and exclusion. Just as often, though, it evolves when a portion of the team is not pulling its weight—missing deadlines or meetings, failing to produce information in accessible form, spending time and other resources on tangential issues instead of those on the critical path.

And sometimes it evolves through a lack of leadership or commitment.

In all cases, resentment, irritation, and frustration build. And though individual team members may find ways of overcoming such ill effects, team effectiveness declines, degenerates, and may completely disintegrate.

When the signs of dysfunction appear, arrange an intervention to get the team on the same track. It's rarely too late to set or reset the rules of engagement, our frazzled team member learned. "Eventually, we did set our rules," he recalled. "Cooperation increased. Collaboration improved. We performed better—and, importantly, more effectively." 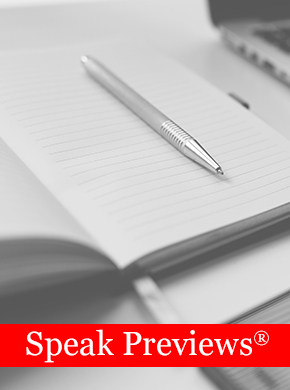