"I was watching the World Cup," a healthcare colleague recently said. "Germany and Australia. Miroslav Klose, Germany, scored the second goal and then made a gesture, the 'OK' gesture. Some of the people I was watching with burst into laughter. Others were embarrassed. A couple were angry. They said he'd made an obscene gesture! What? Obscene? The OK sign?"

The OK gesture: the tips of the thumb and index finger meet to form a circle and the other fingers extend outward. In the U.S.A. as well as in some other regions, it's an acceptable gesture, one used to express agreement, satisfaction, or that a job was well done. Elsewhere it simply means "zero."

But in some regions and cultures, the gesture is an insult ranging from mild to major; it can be a sign of complete disrespect. Its significance may depend on regional, cultural, ethnic, and generational differences as well as on intention.

In this, the OK gesture is not unique.

One need not be a frequent traveler to see the wisdom of becoming aware of cultural differences. Most organizations comprise people of various cultures, even if they were all born and raised in the same country. Large organizations and, by definition, global ones, have an ongoing need to help people of varying backgrounds and behaviors understand one another, use their strengths, diminish the obstacles that inhibit cooperation, collaboration, and progress. Individuals have that same need, most especially when their success in a project or a career depends upon their ability to work as a team or to lead one.

What are the components of culture? There are dozens, and each may carry nuances of an individual member of a culture. Appearance and dress are elements, as are habits of speech and expression, perspectives on time, ways of thinking, prioritizing, explaining or illustrating. Some cultures are direct and some indirect; acceptable levels of formality may range from casual to ceremonial. Some value the individual while others honor the group. Beliefs concerning power or hierarchies may differ, as may the ways in which respect is shown.

How do you know what's acceptable? In part, your experience contributes to your knowledge base. Places you have lived or worked and people you know or have known can help you understand a culture's dimensions. Your common sense and powers of observation help, too, whether the culture is corporate or foreign or both.

Research helps. An Internet search of cultural differences yields millions of sources - articles, books, images, videos - that describe practices and behaviors in regions and categories small and large. Many organizations offer workshops alerting employees not only to differences they may encounter but to ways of navigating what may be unfamiliar territorial waters. You and your colleagues will benefit from such preparation.

If you find yourself in a situation for which you are unprepared, don't take any chances. Avoid misinterpretation by keeping gestures neutral - not above the shoulders or below the waist, whole hands, open palms, fingers together. Attend to how members of the culture behave; follow their lead as much as is appropriate. Mind their manners.

Centuries ago, St. Ambrose captured the essence of cultural agility in a comment that has been shortened to "When in Rome, do as the Romans do." But also know what those actions mean and how to reflect them in your own responses. Mind your manners. 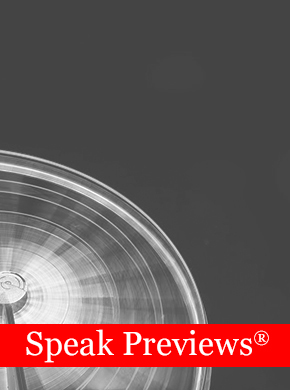