Although you often hear and read that "No news is good news," we can think of very few occasions when such a phrase actually proves true. Most often, "no news" means that whatever has happened is just not being communicated.

Sometimes we think that ignorance would be preferable if not quite blissful. However, when the airwaves, magazines, newspapers and internet pages are splattered with what seems to be nothing but bad news, there is no bliss. Instead, there may be hesitation, frustration, confusion. But it is the responsibility of the effective communicator to put that news into proper context, even if the news you have to deliver is bad.

During tough times, organizations tend to remain silent for too long, both internally and externally. But bad situations necessitate communication, not the tense silence of its absence. Issues that aren't addressed in a clear manner leave meaning open to interpretation. They produce conflicting messages and result in distrust. Even worse, what is not said may resonate with your audience longer than your core message if that message is not clear, strong, and timely.

Can you make bad news good? No. But the messages you do communicate can effectively address the causes and consequences of that bad news.

So, while you can't change the facts, you can clarify the context in which they are received. As you share facts, also explain why employees, investors, and even the public at large should have faith in your organization. An example of such a message is, "While results are down this quarter, our choice to conserve cash allows us to assure jobs are secure." Shape your message to help your audience fully understand the aspects of a bad situation but also to help them understand your objectives as you tackle them.

When you are clear and definitive, people won't wonder what you may not be telling them. What they would imagine is usually far worse than the actual.

Take a page from the doctor. Whatever the diagnosis, it is not good that you are sick. But proper bedside manner calls for the physician to explain that knowing what ails you is welcome news in terms of guiding therapy and the prospects for a good outcome. That explanation can reduce one of the most harmful of fears: the fear of the unknown.

As an effective communicator with respect for your audience and its needs, it is important that you engage them in an ongoing discussion. Do it soon, do it fairly, and do it with recognition of their emotional needs.

In general, empathy always works better than sympathy. Empathy shrinks the emotional distance between speaker and listener, thus allowing negatives such as fear and anxiety to be somewhat neutralized by the positives of hope, vision, and determination. Logic never changed an emotion; it takes an emotional positive to displace a negative. Even if the best you can do is reduce the negatives, doing so will help instill hope and confidence, preparing your audience for better news to come.

Message repetition and consistency are critical. Communicate clearly and with purpose quickly and frequently. Doing so will help position your company to be the one sharing good news in the future. 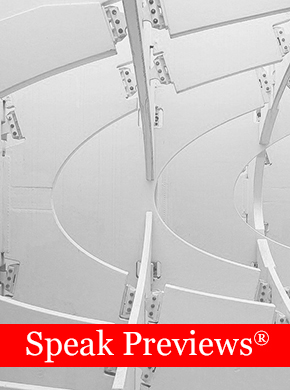